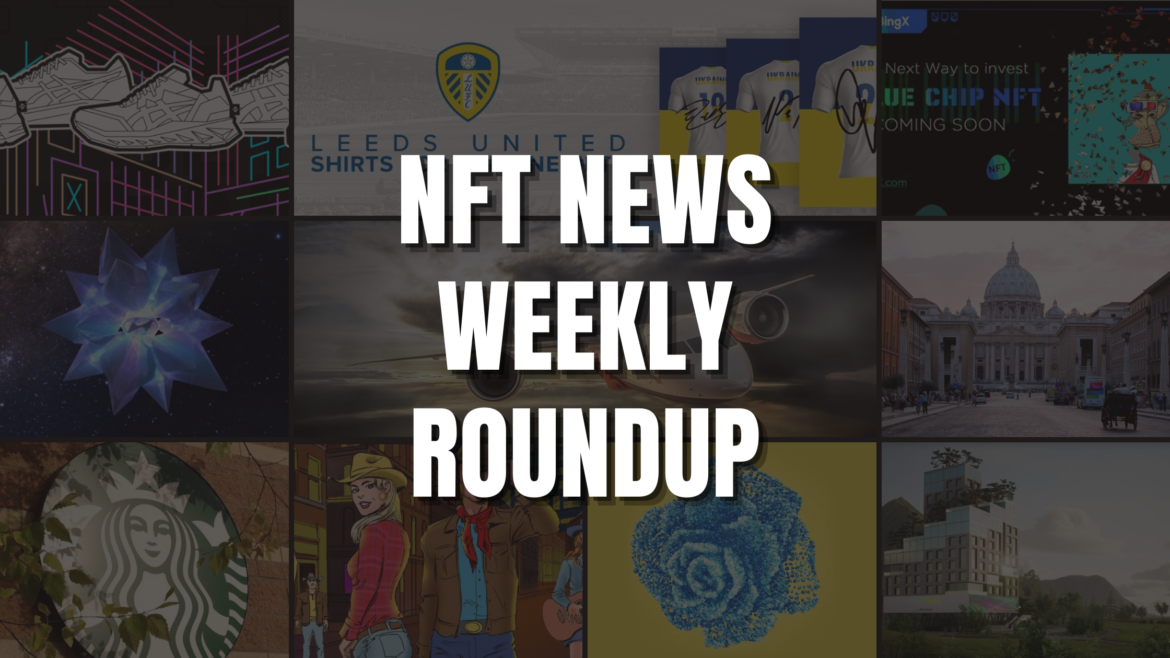 There has been a steady stream of NFT news in the past weeks, including partnerships and new collections.

The popularity of NFTs is growing and shows no signs of slowing down.

In our weekly roundup of NFT news, we will review the most noteworthy news from this week.

There are four Sneaker types: Walker, Jogger, Runner or Trainer. Each one is tailored to certain exercise intensity and fitness levels. In the STEPN mobile app, users who have these NFT Sneakers can go around and collect tokens and NFT rewards.

NFTs are getting more costly, and not everyone can afford to buy them. To address this issue, BingX, a global digital asset, spot, and derivatives trading platform, is offering NFT crowdfunding.

The NFT crowdfunding project, which supports USDT/ETH pairings, will run for 14 days, with April 29th, 2022 as a start. During this period, the NFT will be divided into many shards, and users will be able to subscribe to a specific number of shards.

Investors can profit from the NFT’s later advantages, such as airdrops. If the crowdfunding effort is successful, they can also choose to sell the NFT shards to others.

Earlier this week, Hyundai announced the launch of its first-ever NFT collection.

The collection, dubbed “Shooting Star,” features 10,000 official Ethereum-based NFTs that will be sold on its official NFT website, hyundai-nft.com.

Pre-sale for whitelist buyers who won the NFT community event hosted by Hyundai Motor will be on May 9, followed by a general sale on May 10.

Sensorium, a leading metaverse developer, leveraging the latest AI, VR, and NFT solutions, has announced a strategic partnership with the Humanity 2.0 Foundation.

The parties will collaborate on the creation of the world’s first VR and NFT gallery, which will house the Vatican’s art, content, and academic initiatives.

The public-private cooperation intends to make the Vatican’s heritage – manuscripts, artworks, and academic initiatives – more accessible to individuals who might otherwise be unable to see it.

Leeds United Football Club has released a limited series of NFTs in order to raise funds for the Ukraine Humanitarian Appeal, in response to the humanitarian catastrophe created by the ongoing conflict in Eastern Europe.

Each NFT includes a card-style element that depicts the front and back of the player’s shirt, as well as a digital signature from the player in question.

Starbucks has expressed its intention to launch a series of branded NFT collections, the purchase of which starts community membership and grants access to special experiences and perks.

Starbucks aims to start with its first NFT collection, membership, and community later this year. It will come with a host of unique experiences and benefits, worthy of a genesis NFT collection from Starbucks.

NFT holders will receive their own Chill Cowboy or Cowgirl after the tokens will be minted.

By purchasing a Chill Cowboy NFT, customers join the CCCC family and have access to all club privileges, including free tickets, special merchandise, access to performers, unreleased music, and, of course, the popular Chill Cowboy Fest, a two-day event only for NFT holders.

As a result, 73 airlines will be able to tokenize and distribute inventory as NFTs via the blockchain ecosystem.

By tokenizing and internationally distributing inventory as NFTickets, the strategic collaboration enables airlines to minimize distribution and transaction costs while increasing revenue and enhancing the traveler experience.

HomeStart, a non-profit organization devoted to reducing homelessness, is starting its INVERSE project to assist families facing eviction by selling virtual apartments in the metaverse.

Each apartment will be represented by a unique non-fungible token (NFT), and acquiring the NFT will entitle the buyer to that apartment.

The apartments start at one Ethereum (ETH), which is around $3000 and roughly what it costs to stop an eviction and provide 12 months of support for a family in a major US city.

Mrs. Trump has created and launched a limited-edition piece of artwork called The MetaRose to honor National Foster Care Month.

The MetaRose NFT was inspired by a series of photographs Mrs. Trump captured with her camera and then reimagined the original images with her team of designers to create the final 3D animated piece.

Proceeds from the sale of The MetaRose will benefit foster children through Fostering the Future initiatives.

Dancing Baby Screensaver from 1996 Is Being Turned into an NFT