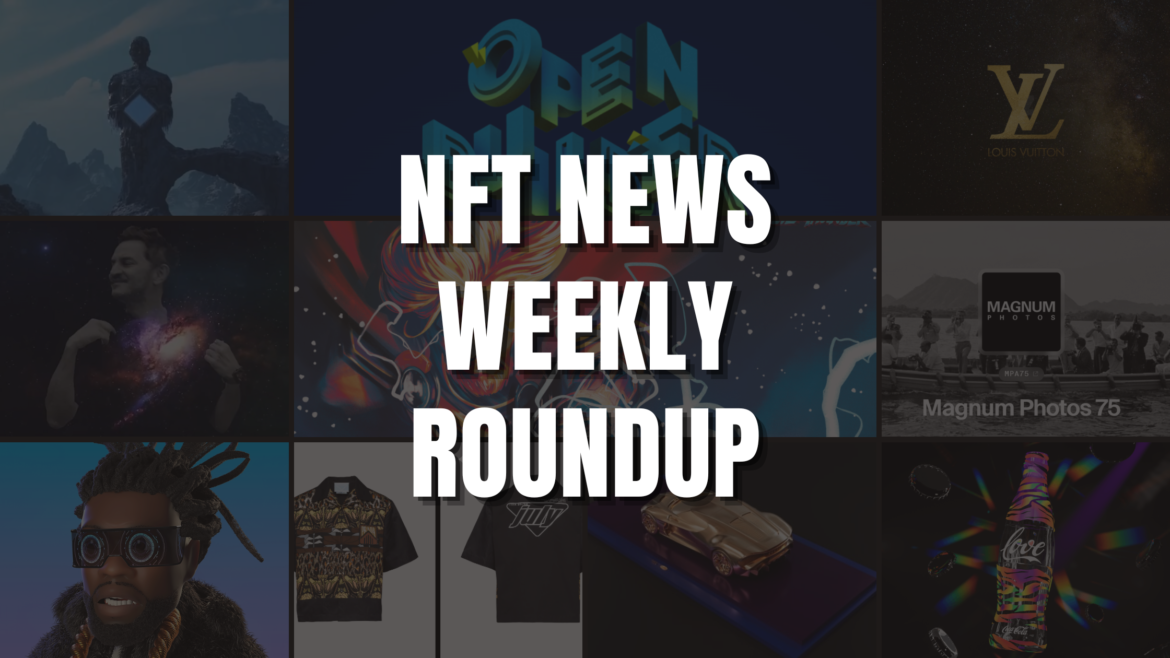 There have been a number of NFT news stories recently, including partnerships, new collection releases, and more.

The popularity of NFTs appears to be on the rise.

Tomorrowland, the famed Belgian electronic dance music event, is continuing its Web3 adventure by announcing the release of its second NFT collection.

Holders of The Reflection of Love join the Tomorrowland community and are invited to a variety of events and giveaways.

2. Lowe’s Launches “Open Builder” to Create Virtual Home Goods For use in The Metaverse and Releases NFT Collection

Lowe’s, an American home improvement retailer, has begun work on its first metaverse project, “Lowe’s Open Builder,” a storefront through which it offers virtual items.

Builders can download over 500 3D product elements that imitate things from real-world shelves for free via Lowe’s Open Builder, a new content repository that will be open to all builders.

Users will also have access to the brand’s exclusive NFT wearable collection, with the first 1,000 builders in Decentraland able to upgrade their avatar.

According to the trademark applications, submitted to the USPTO on June 23, the company aims to offer NFTs, virtual goods, services for the retail sale or rental of virtual goods, and more.

DJ Burak Yeter wants to add a touch of “blockchain” to his new track “Black Hole” to show his passion for space, galaxies, and cosmic events.

In order to accomplish that, Burak Yeter worked with Atlanticus Music, a music-focused NFT marketplace, to develop a limited NFT collection.

NFT holders will get access to a variety of perks, such as an invitation to a very exclusive Livestream once a year, a video clip of Black Hole, and a thank you video from Burak Yeter.

Cinemark, one of the world’s largest and most prominent movie theater businesses, is teaming up with Disney to offer Cinemark Movie Rewards members the exclusive opportunity to win one of Marvel Studios’ non-fungible tokens (NFTs) for Marvel Studios’ Thor: Love and Thunder.

Cinemark Movie Rewards members can play an instant-win game for a chance to win one of 1,000 NFTs designed particularly for Thor’s epic big-screen battle for inner peace.

To commemorate its 75th anniversary, Magnum Photos, a worldwide cooperative of photographers established in 1947, has announced the release of three NFT collections.

Each drop will contain a collection of pictures from Magnum’s archive, spanning the company’s history from the 1940s to the present.

7. Kevin Hart Launches “Confessions From The Hart” NFTs and Joins the Metaverse

Comedian and actor Kevin Hart has announced his first initiative in the NFT and metaverse space.

The project will kick off with the premiere of Roku original “Confessions From the Hart,” a 30-minute animated anthology based on his Instagram IGTV series of the same name.

A limited number of NFTs released by Hartbeat will allow fans to view bonus content for “Confessions From the Hart” in the Kevin Hart Nation Metaverse Screening Room.

8. Prada Is Ready to Launch its Timecapsule #31 NFT Drop

Prada announced the launch of its first NFT project. The initiative, dubbed “Prada Timecapsule,” is a monthly online event that provides clients with access to both a gender-neutral physical product and an NFT.

Prada is now ready to release the next drop in its Timecapsule NFT series, ‘Prada Timecapsule #31’, which follows the previous drop, Timecapsule #30 NFT drop made in collaboration with Cassius Hirst.

This drop, like the previous and future ones, will be tied to a limited edition physical product as well as a free NFT.

In a collaborative effort, Bugatti and Asprey, the world-renowned UK-based designer, manufacturer, and retailer of jewelry, gave life to the Asprey Bugatti La Voiture Noire artwork.

By combining design, art, and innovation, Asprey Bugatti La Voiture Noire is a physical sculpture and artwork fused with NFT designed and created by the Asprey Studio.

Coca-Cola is expanding its presence in the world of NFTs. The new NFT initiative, dubbed “Coca-Cola Pride Collection” this time is dedicated to the LGBTQIA+ community.

The Coca-Cola Pride collection is a set of 136 digital collectibles created in honor of the LGBTQIA+ community and in partnership with multi-award-winning designer and LGBTQIA+ rights advocate Rich Mnisi.