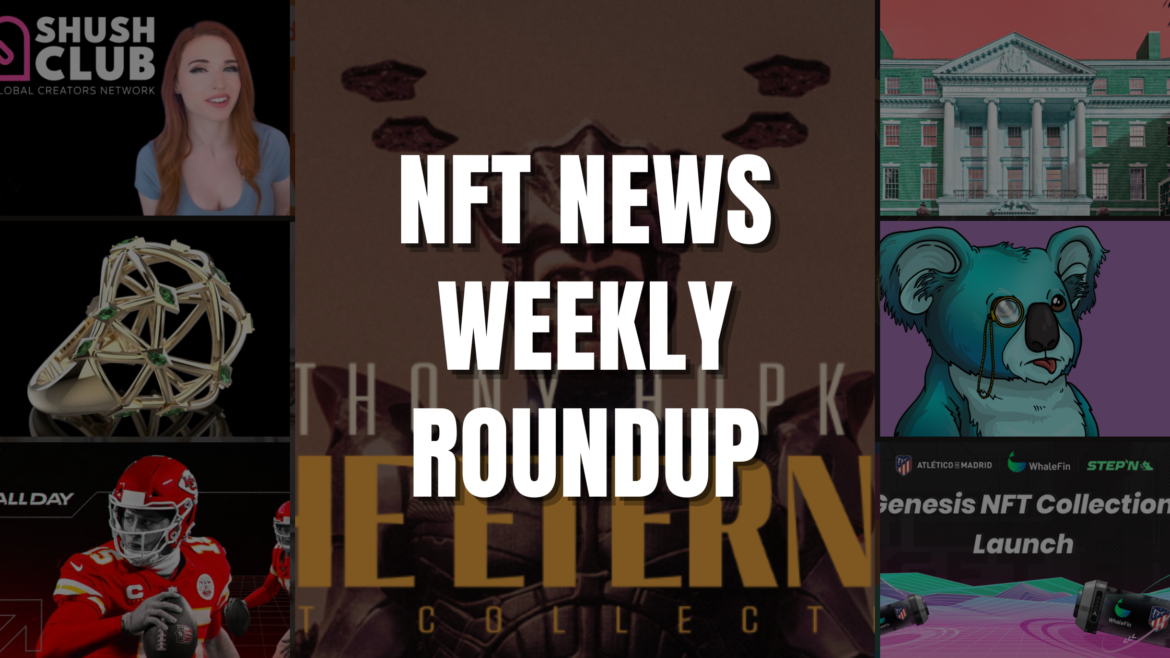 1. Streamer Amouranth to Launch an Adult NFT Marketplace that Might Go Head-to-head with OnlyFans

Using blockchain technology, Shush Club will offer users an alternative to mainstream content platforms, as well as marketing and investment opportunities for Creators and Fans.

2. Museum of the City of New York to Enter the Metaverse with NFTs and Crypto Collectibles

The Museum of the City of New York has filed a trademark application, signaling its plans to enter the metaverse and the world of NFTs.

The trademark application submitted to the USPTO on August 10 outlines the museum’s plans to offer virtual goods, NFTs, and crypto-collectibles.

Tiffany Dubin, head of ‘Art as Jewelry as Art’ Sale New York, and Sotheby’s have announced their first auction devoted to artist-made jewelry, which will take place between September 24th and October 4th.

In the auction, there will be twentieth-century art and jewelry representing major movements from kineticism to surrealism. These include pendants by Picasso, earrings by Dalí, and a piece by Man Ray.

Anthony Hopkins has announced his partnership with Orange Comet, an NFT production and promotion company.

This partnership resulted in The Eternal Collection, an NFT collection that captures Sir Anthony Hopkins’ varied interpretations of The Eternal: the Jester, the Lover, the Rebel, and so on.

Through NFL ALL DAY, users can purchase, own, and trade officially licensed digital video highlight NFTs called ‘Moments’, which feature the best and most iconic NFL plays throughout the season and throughout NFL history.

While using the NFT sneakers, users will be rewarded according to their daily runs. Then, users can convert physical activity into tokens that can be used in-game through the app or redeemed as cash.

The collection comprises 1,001 NFT soccer boots that are stratified across Common, Uncommon and Rare.

Australia Zoo has announced the release of its second sustainable NFT drop as part of its 20th anniversary “Wildlife Warriors” project, created in collaboration with Australian start-up Meadow Labs and built on Algorand – the world’s first carbon-negative blockchain with negligible transaction fees.

There will be 1,900 NFTs in this drop, dubbed “Warrior Koala,” each priced at $60, which will be randomly generated (some with familiar Irwin family attributes) and 100% unique to the buyer (no duplicates).

Miley Cyrus to Enter the Metaverse with Virtual Clothing and more