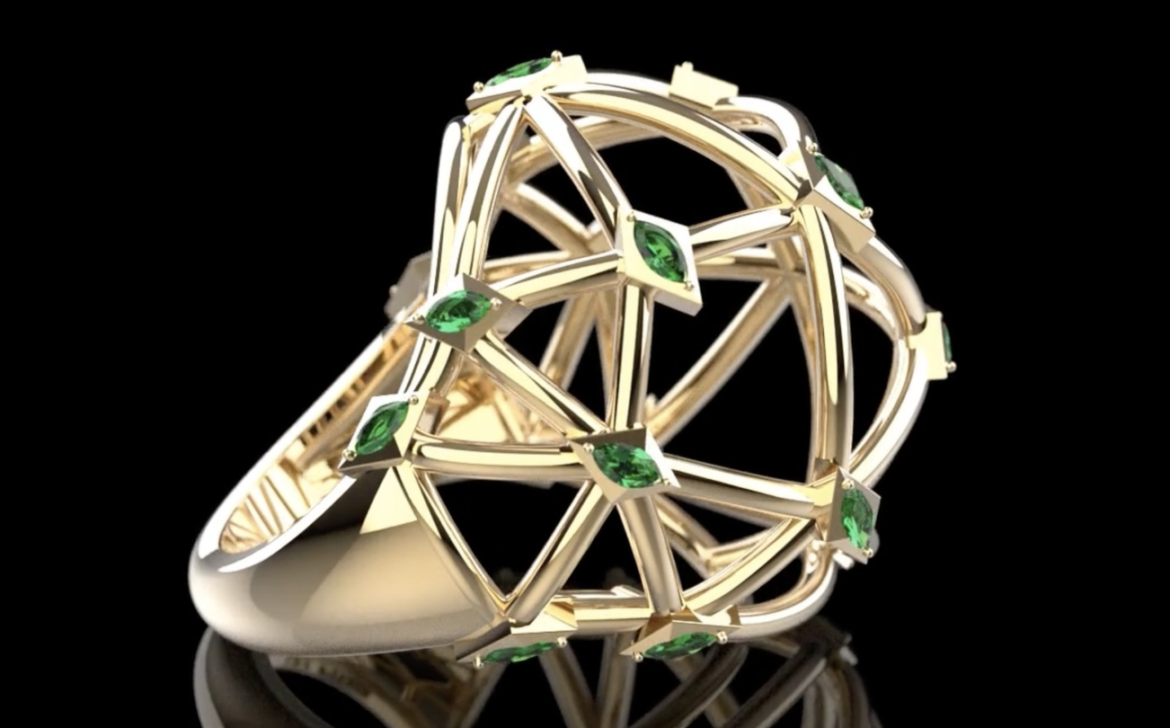 Tiffany Dubin, head of ‘Art as Jewelry as Art’ Sale New York, and Sotheby’s have announced their first auction devoted to artist-made jewelry, which will take place between September 24th and October 4th.

In the auction, there will be a “phygital” ring, which its designer defines as “being both physical and digital at the same time.” This exclusive 18k gold and emerald ring will be offered exclusively by Francine Ballard of Metagolden for this upcoming auction. The buyer will own the piece both physically and virtually.

Also on offer will be twentieth-century art and jewelry representing major movements from kineticism to surrealism. These include pendants by Picasso, earrings by Dalí, and a piece by Man Ray. Tom Otterness and Jean Boggio are just two examples of contemporary designers.

Out of all these masters, only one NFT will be auctioned, which is Metagolden’s digital twin of the Ethereum Expedition ring. It is reminiscent of a miniature geodesic dome and was inspired by intercontinental rocket launches, which generally run over 16 hours but might be reduced to thirty minutes by emerging projects like as Elon Musk’s SpaceX.

Metagolden links luxury physical pieces to NFTs to not only verify and attribute provenance to its works but also to give long-term value through the purchase of a digitally wearable asset that may be worn in the metaverse as a replacement to the physical item (or digital art).

How Much Does it Cost to Develop a Crypto Exchange Platform?