OverHyped, will buy a yacht in Orange County, CA for use by holders of its panda NFTs. 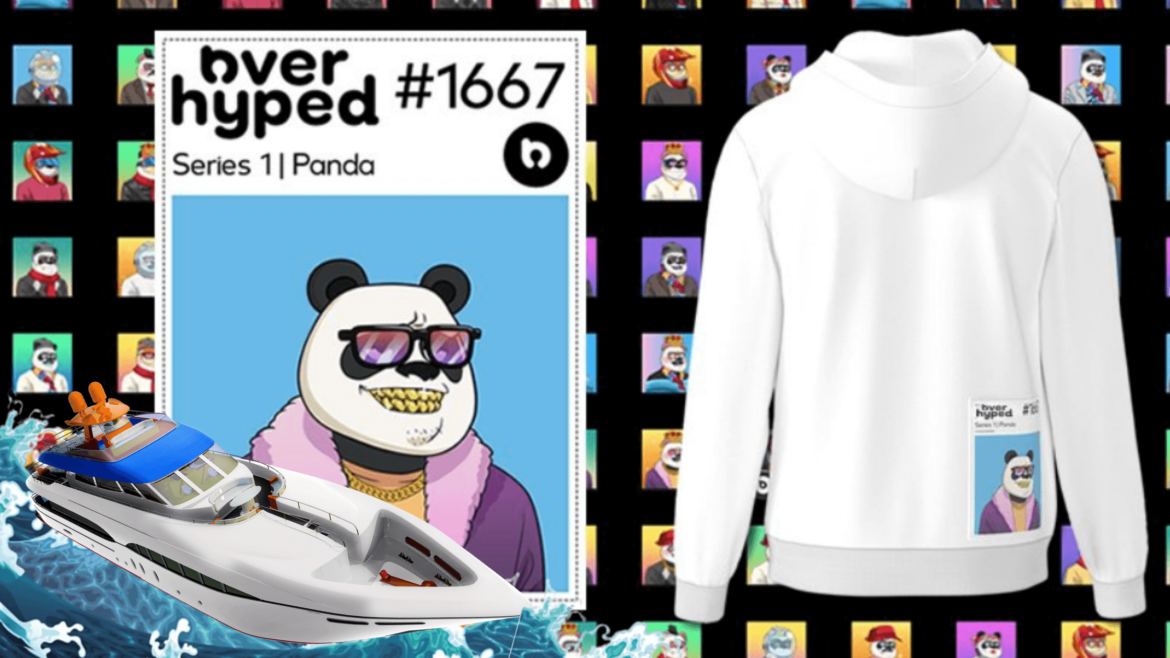 Origin Labs Inc. announced that their newest company, OverHyped, will buy a yacht in Orange County, CA for use by holders of their panda NFTs.

The panda NFT comes with Blockchain Apparel, in this instance a complimentary, one-of-a-kind designer hoodie that displays their individual NFT.

A key feature of Overhyped hoodies is their NFC technology that guarantees authenticity and transparency to their owners.

Launching Feb 10th 10:00am PST – only remaining whitelist spots available via our https://t.co/8s6jRsaA6d

Aside from NFTs, Danny Davis, CEO of OverHyped, feels the NFT space lacks tangibility for digital assets, as well as initiatives that would allow minters to own more than digital artwork.

“We wanted to give our community something to be excited about, somewhere we can all come together like Discord but in real life – where better to do that than on a yacht?”, says Davis.

gm #NFTCommunity – sooo we are doing something kinda crazy… 🐼🛥

OverHyped’s next milestone in the roadmap may include another major asset for the community, as well as additional merch drops and VIP access to private events such as SXSW, Coachella, CES, VeeCon, and EDC.

OverHyped made Panda NFT minting a game by allowing buyers to pick from four (4) pricing tiers. Each tier represents the percentage chance of obtaining a rare panda, a panda exhibiting traits ranging from common to ultra-rare.

Minting starts at 0.25 Ethereum and can only be done directly via the OverHyped website, OverHyped.io.

Wingstop Plans to Enter the Metaverse with Virtual Food and Drinks