Mariah Carey Launches Her First NFT, Giving Fans the Chance to Fly with Her

The first NFT from Mariah Carey includes an embedded boarding pass, giving fans the chance to fly with her. 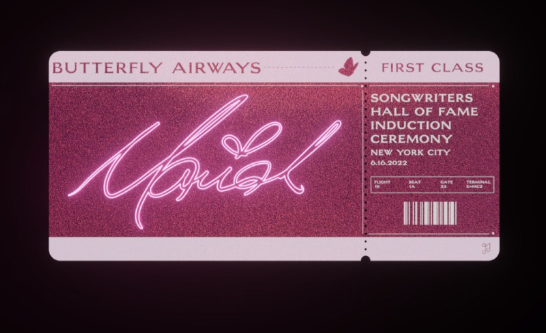 American singer, songwriter, actor, and record producer Mariah Carey is entering the NFT space with the launch of her first NFT initiative.

The NFT represents a boarding pass (on “Butterfly Airways,” of course), and features a glitter-accented spinning boarding pass in Carey’s characteristic “pink but lavender” coloring. In addition to the NFT release, the artist will also make a special audio recording.

The NFT includes a chance to meet Carey and fly with her on a private plane to New York later this month when the music icon will be inducted into the Songwriters Hall of Fame. The winning bidder (and a guest) will also be seated at Carey’s table at the induction ceremony.

The bidding will close on June 9, and the Songwriters Hall of Fame event will take place on June 15 and 16. A percentage of the revenues from the NFT sale will go to The Fresh Air Fund, which Carey has supported from the beginning of her career.