One Week of NFT News: from PupazziPunk Launching In-Game NFTs to Panera Bread Announcing the Launch of “Paneraverse”

A summary of the most relevant NFT news from this week. 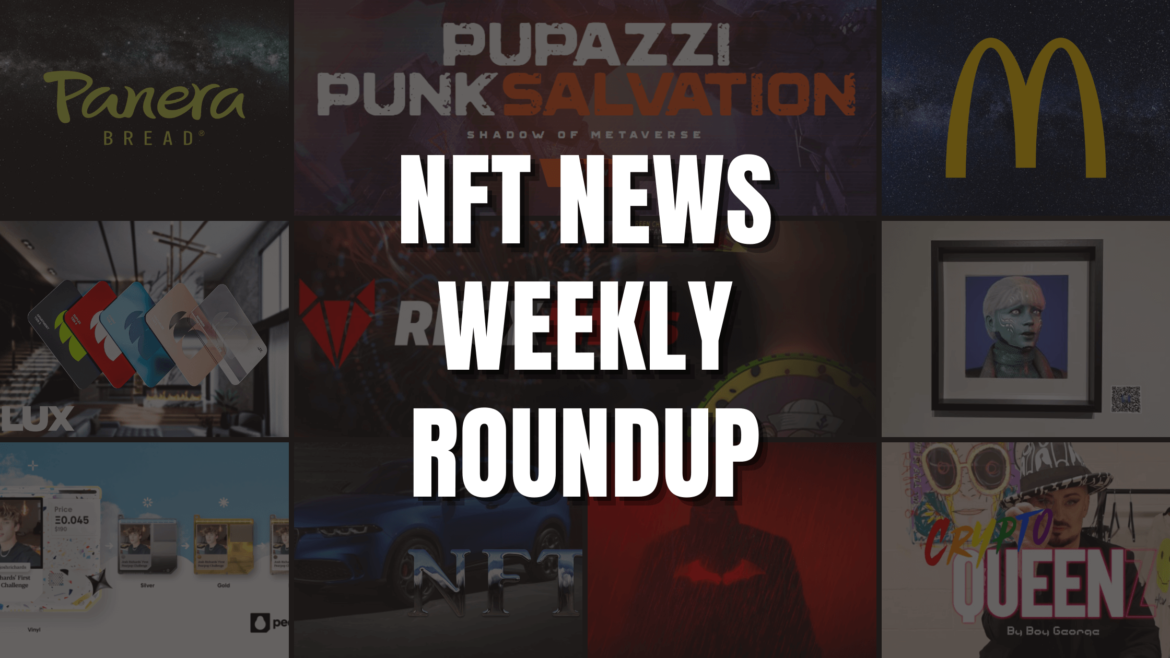 With companies entering the metaverse and NFT space, and new collections being released, the NFT world is gaining traction across all industries.

As part of our weekly NFT news roundup, here is a list of the most relevant NFT news from this week.

1. PupazziPunk releases three NFT collections with each NFT usable in a Play-to-Earn game

In a tuesday announcement, PupazziPunk, a metaverse game project that is on the verge of breaking out, has launched three NFT collections.

Soon, players will also be able to earn Pupazzi Punk Salvation (PPS) tokens, which will be used to reward them for challenges and tournaments.

The company is also inviting creators from around the world to apply for its VALT Grants Program, which offers up to $10,000 to qualified creators for their NFT projects.

They will then receive a code via email to redeem a limited edition THE BATMAN NFT via Palm NFT Studio.

With the launch of its new Tonale SUV, Alfa Romeo revealed that it will use non-fungible tokens (NFTs) to track and store vehicle maintenance records.

This NFT captures vehicle data and generates a certificate that can serve as a guarantee of the car’s overall condition and, as a consequence, its residual value.

NFT certification provides added credibility to owners and dealers on the used car market. Meanwhile, buyers will feel confident in their decision to buy a second-hand car.

5,000 NFTs were part of the collection, with over 1,600 of them minted during the first wave of whitelisting. The remaining 3400 NFTs sold out in just 9 minutes after going on public sale.

LUX NFT holders will benefit from future token airdrops and staking rewards in the LUX metaverse.

The NFTs will be released on the CryptoQueenz site on March 1, with Opensea as a secondary market.

An important aspect of the project is the use of an algorithm that will allow NFTs to gain value as they receive more engagement on social media. The NFT can reach different levels as it gains popularity, including silver, gold, platinum, and more.

The creators can choose different rewards as they advance through the levels, such as access to a private Discord channel.

8. McDonald’s is set to enter the metaverse with its virtual restaurant

McDonald’s registered ten trademarks to establish a digital presence within the metaverse.

Users will probably be able to order food and drinks from the virtual restaurant in the metaverse and have them delivered to their homes.

Panera Bread, an American chain of bakery-café fast-casual restaurants, has filed a trademark application to express its intention to enter the metaverse.

In the application, titled “Paneraverse,” the company reveals its plans to serve food in virtual restaurants and to create apps that will deliver food from real restaurants, using NFTs as currency to purchase food and drinks.

10. Artbridge: a place for NFT artists to exhibit their NFTs

Kunstbrug (in English ” Artbridge”), an art gallery located in Oldenzaal, Netherlands, switched to an innovative exhibition format, allowing NFT artists to exhibit their NFTs there.

A QR code will be available at the exhibition in the gallery; those wishing to purchase a specific NFT can scan it with their devices and be redirected directly to the NFT marketplace page, where they can purchase it safely and easily.

Artbridge: a Place for NFT Artists to Exhibit their NFTs