Following the debut of the first edible NFT last year, Frank's RedHot is now releasing "The Floor is Flava" game in the Fortnite metaverse. 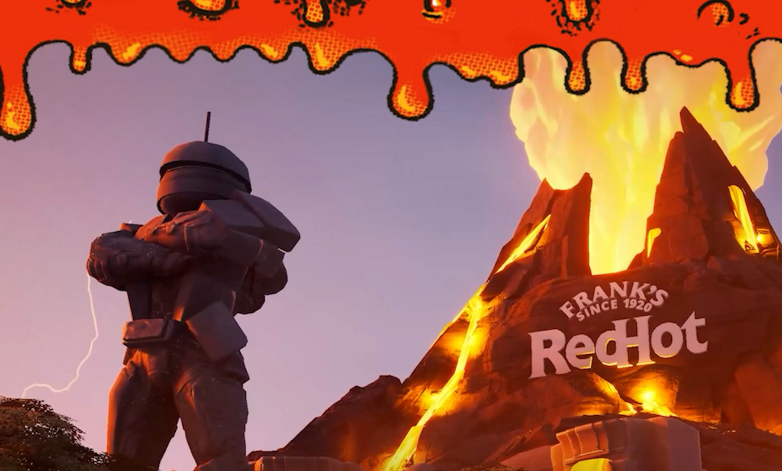 Frank’s RedHot, a hot sauce produced by McCormick & Company, has announced its foray into the Fortnite metaverse with its “The Floor is Flava” game.

The game, which will be released on January 30, is based on the classic game floor is lava, in which players imagine that the floor or ground is made of lava and must flee by any means imaginable.

The game is set on a chicken wing-shaped island and revolves around a volcano that explodes Frank’s RedHot sauce; this is where the word “Flava” comes from — a combination of the terms Frank’s and Lava.

Within the game, players can explore beaches, woodlands, and a ruined city by jumping on stone sculptures of popular game day foods, using chickens as jetpacks, and playing defense with RedHot sauce launchers.

This is not Frank’s RedHot’s first foray into Web3; in January 2022, the company debuted the first-ever edible NFT, in which fans could scan images of their chicken wing bones to earn Bonecoin. Those who accumulated the most Bonecoin had the opportunity to win not just Frank’s Redhot NFT, but also its edible version, the eNFT.

Fortnite is becoming a platform for brands to introduce new virtual experiences for consumers, providing a unique and immersive way to connect with their offerings.

Polo Ralph Lauren teamed with Fortnite on a new logo and the launch of a physical and digital collection in November. Similarly, Armani Beauty entered the Fortnite metaverse in September with “Rewrite the Code,” a gaming experience inspired by the men’s fragrance Armani Code Parfum.

National Geographic NFT Collection: What Happened and How Things Are Going