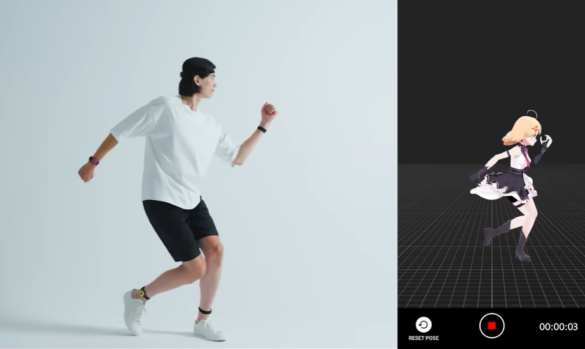 The system allows individuals to record motions for their virtual avatars by simply attaching six small sensor bands to their head, limbs, and waist.

Their use is simple: download a specific smartphone app, connect to the sensors through Bluetooth, and they are ready to record their movements.

The captured motion can then be saved to the smartphone’s or PC’s local storage.

Although the sensors’ functionality and compatibility are currently limited, they have the potential to become a major tool for making metaverse avatars more human-like and capable of mimicking realistic expressions and movements. This would boost the overall sense of expressiveness and engagement in the virtual world.

Sony has come a long way since initially expressing interest in the metaverse by investing $1 billion in Epic Games. This year, it teamed with NFT Technologies to link live sports data to the vast potential of the sports NFT market, and it just acquired Beyond Sports, which will contribute to providing end-to-end sports data and metaverse services to Sony’s clients.

Its most recent move involves the submission of a patent disclosing its intentions to embrace NFTs and blockchain technology, most likely for its video gaming platform PlayStation.

Play-to-Earn (P2E) NFT Games Guide: What They Are and How to Develop Them