Nike-Adidas Competitorship Continues in Web3 with NFT and Metaverse Initiatives

In Web3, Adidas and Nike continue their historic rivalry through NFT and metaverse initiatives. 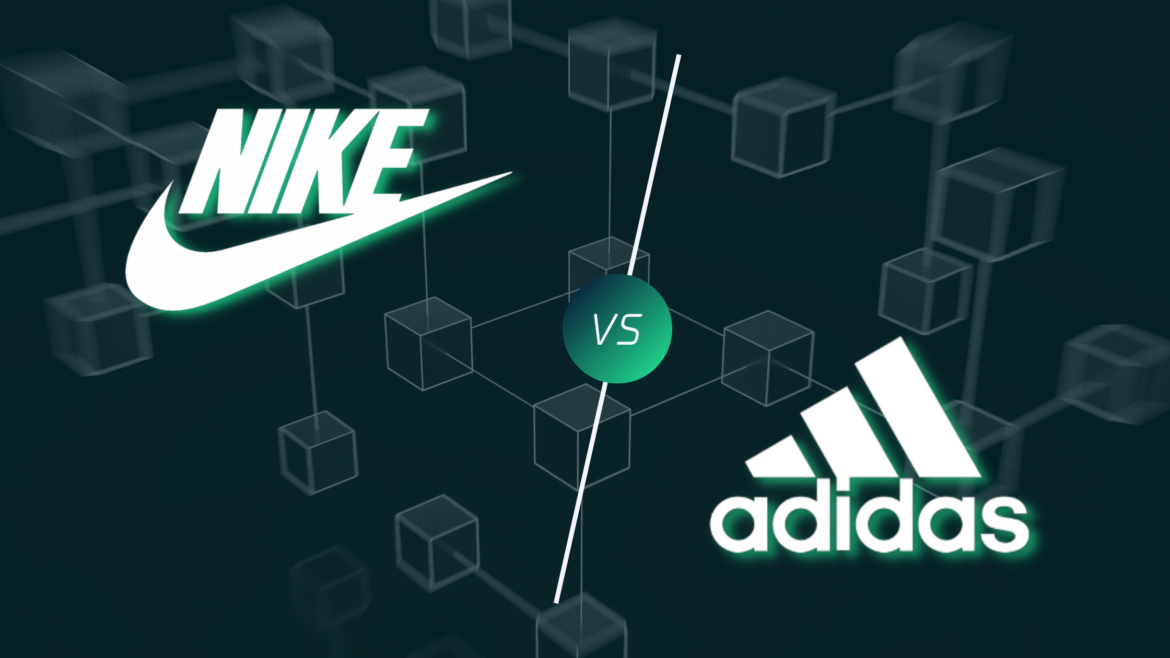 The historical rivalry between Adidas and Nike continues in Web3, the new world characterized by digital and blockchain technologies.

The two companies want to stick to their mission statements, which include providing innovative products, experiences, and services.

In this regard, Web3 aspires to provide a never-before-seen way of enjoying fashion and sports and interacting with others.

Move-to-earn apps, and virtual sporting gear that accompanies physical items to deliver additional advantages, are all part of the change that the metaverse, NFTs, and cryptos are ushering in.

Opportunities in which large brands have taken part. Adidas and Nike have stood out among those who have made the most relevant headlines thus far.

Following one initiative after another, the two world-renowned sports brands have shown their ability to stay up with the times and have attracted a community of both sports and Web3 enthusiasts. Let’s see how.

Nike’s Web3 journey began in December with the purchase of RTFKT, a leading studio of NFT footwear and collectibles.

Following that, the brand teased NFT communities with mysterious releases.

The “MNLTH” NFT, which features a metallic box with a mysterious surprise inside, was one of the first NFTs produced by the acquired studio in February.

Each NFT was priced at 5.8 ETH, and sales – currently totaling 55.575 ETH or $67 million in volume – demonstrated that people were enthusiastic about the initiative.

In April, the mystery NFT was revealed, morphing into a pair of digital Nike Dunk sneakers nicknamed “Cryptokicks” in a variety of colors and designs.

The next release was an NFT sweatshirt featuring Augmented Reality (AR) technology that both Clone X avatars and real-life holders could wear. The hoodie has a futuristic design with an NFC (Near Field Communication) chip that enables wireless interaction between the hoodie and the digital asset.

To name a few recent projects, one is a collaboration with luggage brand RIMOWA for the launch of two NFTs, and the other is the development of a metaverse lab that will store all of Nike’s virtual fashion creations.

Whereas the first was started by RTFKT, the second was launched by Nike independently of its acquired company.

Nike’s metaverse lab, dubbed .SWOOSH, will host all its virtual fashion creations. Aside from that, it will allow users to take part in the creation process and provide both real and virtual experiences that will bring the community together.

Even if .SWOOSH is now in closed beta, the platform will soon be open to the public, and new features such as virtual item trade, purchase, and co-creation will be available.

Adidas did not do less than Nike.

The partnership resulted in the release of “Into the Metaverse,” an NFT collection that gave holders access to unique merch drops, the same month.

The collection reached $23 million in Ethereum sales, with $15.5 million gained during the “Early Access” phase and $7.5 million acquired during the general sale.

Seeing the success, Adidas worked with the luxury fashion brand Prada in January to offer an NFT inspired by the Prada re-nylon physical line. The collaboration culminated in the sale of artist Zach Lieberman’s Adidas for Prada Re-Source NFT. The auction closed with a winning offer of 30 ETH, or $80.691 at the time.

Earlier this month, Adidas started a Web3 box hunt game, in which the Adidas Discord community was asked to help in the discovery of hidden boxes resembling Adidas sweatshirts all over the internet.

Following the completion of the quest, Adidas capsule metadata could evolve and progress to Phase 2, including the recent release of the Meta Capsule NFT collection on OpenSea. The collection comprises 16 pieces, each featuring a virtual gear that may be worn by avatars and is accessible through a PFP dressing tool, making the NFTs suitable for use in metaverse environments.

Nike and Adidas have been ensnared in a fierce battle that has dominated the sportswear industry for over 60 years. The battle between the two does not seem to have abated in recent days, and the development of Web3 technologies has intensified it.

So far, the initiatives appear to mirror the goal and vision that distinguish both brands.

What Web3 will become in the future is unknown; nevertheless, it is apparent that companies see its potential and are taking steps to avoid being left behind.