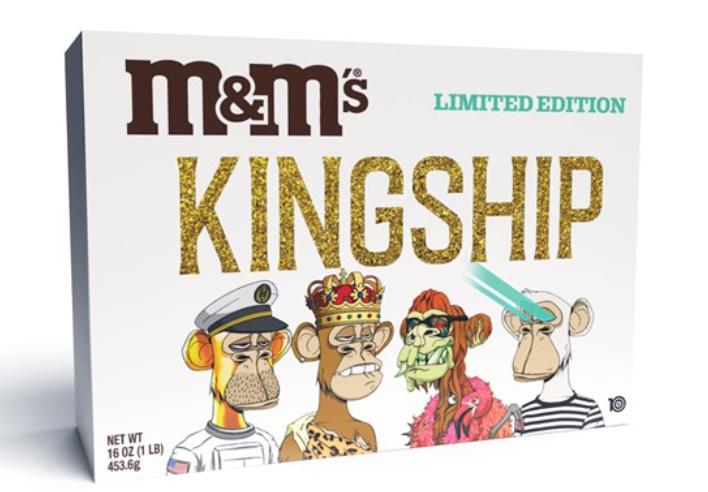 M&M’s, the multi-colored button-shaped chocolate brand, has announced a collaboration with KINGSHIP, the supergroup composed of rare Bored Apes and a rare Mutant Ape that are revolutionizing the music industry.

The KINGSHIP virtual band, which was formed in March by Universal Music Group, consists of four NFTs: one mutant ape and three bored apes (the newest member, Bored Ape #5537, was purchased in March) and exists only in the digital realm, with ambitions to compose new songs and play in the metaverse.

Since its inception, the virtual band has conducted a number of successful initiatives that have caught the interest of the NFT and music community.

Universal Music Group, for example, recently unveiled and sold out of the KINGSHIP NFT collection, which includes 5,000 access-enabled Key Cards NFTs that unlock products, experiences, and a token-gated community.

Taco Bell Lands in the Metaverse with Web3 Wedding Packages