ApeCoin DAO has announced the launch of its NFT marketplace, which features BAYC, MAYC, and other Yuga Labs-owned NFT collections. 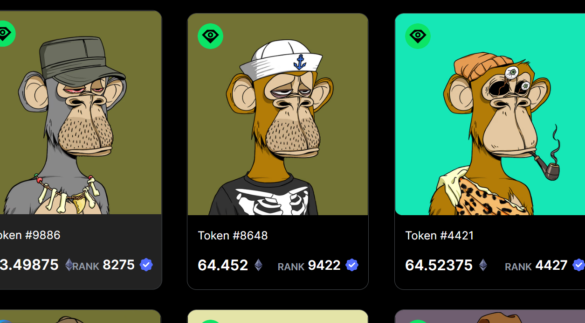 The marketplace, which was developed in collaboration with SNAG Solutions, a platform that provides solutions for NFT Projects, will feature Yuga Labs-owned NFT collections. BAYC, Mutant Ape Yacht Club (MAYC), Bored Ape Kennel Club (BAKC) and Otherdeed for Otherside are among them.

The marketplace includes unique features, such as ApeCoin staking and NFT metadata integrations.

According to the website, the marketplace will continue to improve based on community feedback. “Our roadmap includes token-gated social features, and an upcoming tokenomics proposal, but most importantly we want to hear from you,” tweeted Zach Heerwagen, CEO of Snag Solutions.

The ApeCoin NFT marketplace appears to be in its early stages, with the community encouraged to improve it over time.

ApeCoin DAO began its adventure in March with the release of the ApeCoin token, which BAYC adopted as the primary token for the BAYC ecosystem. ApeCoin was free airdropped to BAYC NFT holders after its launch.

ApeCoin’s price has fluctuated since then and currently stands at $3.35.

Some companies, like Gucci and BetOnline, have already begun accepting the token as payment.