Randstad joins the metaverse with a four-story building that will host interviews, webinars, meetings, and more. 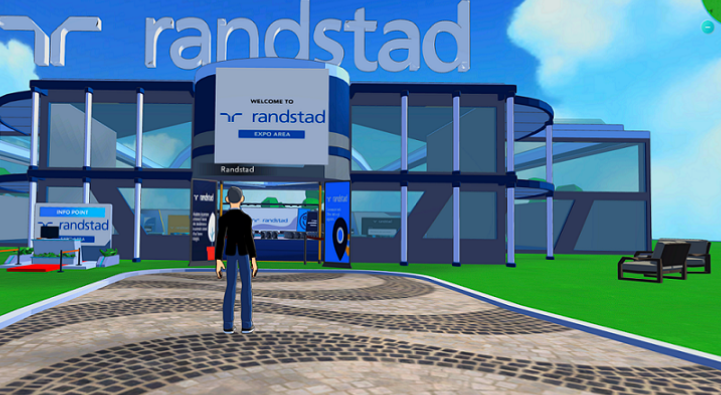 Randstad, a global leader in HR services, has announced the launch of its first metaverse space.

The space, which is hosted by the blockchain-based metaverse Coderblock, consists of a four-story building and an outdoor area.

The first floor, in particular, provides a wide range of options and allows consumers to enjoy personalized experiences. They can schedule meetings and interviews, look for job vacancies, and take part in webinars.

The metaverse space also includes an EXPO area for networking and formative events. In the not-so-distant future, it will also include NFTs, artificial intelligence (AI), and games.

With this initiative, Randstad becomes the first employment agency to enter the metaverse.

According to a corporate statement, as Web3 and other emerging technologies, such as automation and artificial intelligence, gain popularity, the metaverse might offer a competitive edge and a first step toward participating in the so-called ‘Metaverse economy.’

That’s a concept that also other major corporations are cultivating. Since Mark Zuckerberg declared his ambitions to overhaul his Facebook and Instagram platforms, many brands have taken note. From food to fashion, companies are attempting to take the first steps in Web3 in order to gain a competitive advantage in a virtual world that, while first labeled as “futuristic,” is taking shape day by day.