Will cryptocurrency mining be profitable in 2023? This article explains why it might be a good option for passive income for the next years to come. 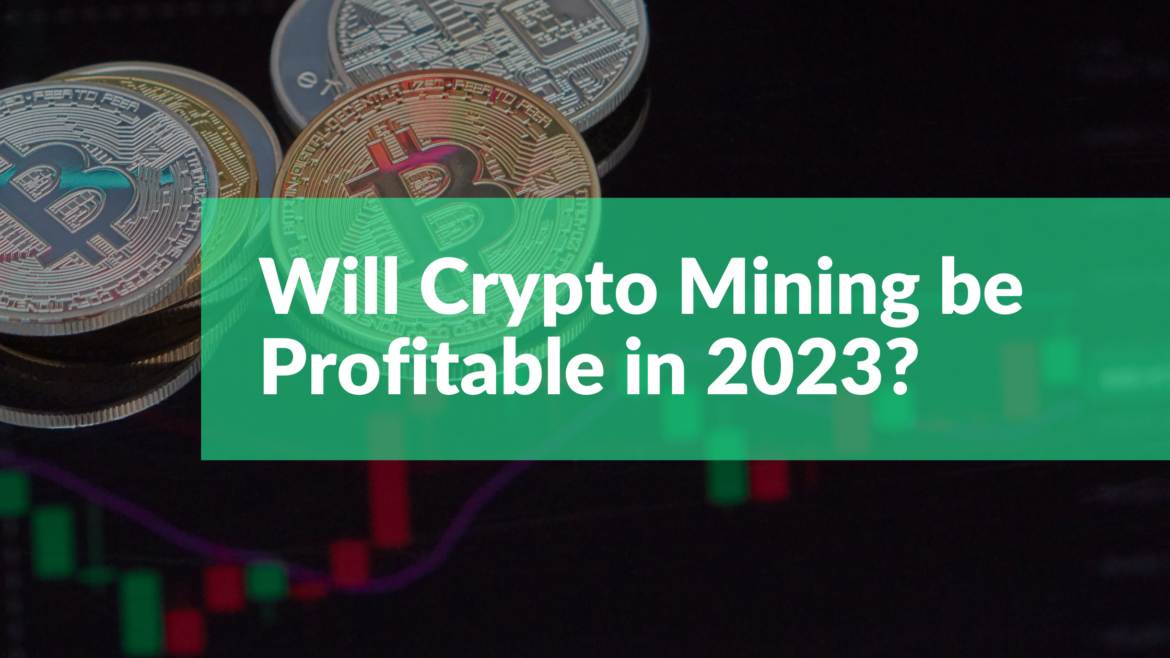 In 2009, a person going by the alias Satoshi Nakamoto mined the Genesis Block, the first block of the Bitcoin network, on the computer’s central processing unit. (CPU).

Mining has transitioned from CPU mining to graphics processing unit (GPU) mining and, finally, ASIC mining as the network’s computer capacity continues to grow and the market capitalization of the first cryptocurrency approaches its peak. As a result, CPU mining will be essentially useless in 2022 and 2023.

However, the mining industry is still evolving.

Mining for cryptocurrencies is expected to pick up steam and improve in terms of efficiency, accessibility, and sustainability as a result of the introduction of a number of new advancements, which will be addressed in this article.

Below are a few justifications for why mining might be a sensible choice for passive income in 2023.

Cryptocurrency mining may be a very tempting way to discover new PoW currencies without needing to purchase them on secondary markets like exchanges.

The problem is that opening a mining company has a very high barrier to entry. To operate a profitable mining operation, the majority of miners must clear a number of hurdles, whether as a result of high equipment costs, lengthy delivery delays, the expertise and maintenance required to operate mining equipment, or the highly variable electricity costs that can render mining wholly unprofitable.

This issue was partially solved by cloud mining services like Genesis Mining and BeMine, which let users purchase contracts to mine with a predefined amount of hash rate for a set period of time.

The best return on your investment might not be provided by cloud mining service providers, though. History shows that most cloud mining contracts are unlikely to be profitable, even over the long term, unless the coin you are mining appreciates significantly during and after your mining term.

As a result, it is usually more advantageous to purchase the coin you want and hold it for a long time rather than trying to mine it yourself using a cloud mining contract.

Fortunately, a number of derivative products are either already being manufactured or are steadily gaining in popularity, which could level the playing field.

This includes cryptocurrency futures and options, which may be used to speculate on the value of an asset at a future date, in addition to tokenized shares, which can be used to get exposure to the price movement of mining gear manufacturers, distributors, cloud mining firms, and more.

The typical power requirement for cryptocurrency mining chips is high, and the efficiency of these chips is sometimes expressed in terms of hash rate per kilowatt or joules per kWh.

The Antminer S19, for instance, produces approximately 31.67 TH/kW of energy, while the more recent S19 XP has an efficiency of approximately 21.5J/TH.

However, even though moving from a 7nm to a 5nm (and eventually smaller) design process typically results in increased power efficiency and faster performance, it isn’t the only approach to provide miners with better efficiency.

A more energy-efficient design and enhanced mass production are some ways to achieve this. This includes Intel’s most recent Blockscale chips, which have an absolute performance of 148 TH/s and up to 26 J/TH of performance (with 256 chips).

Intel’s chips cost almost half as much as Bitmain’s newest product, the S19 XP, however, this still places it behind Bitmain’s S19 XP in terms of pure efficiency. The Blockscale systems cost about $5,625 per unit compared to the S19 XP’s $11,620.

The company is known to provide significant discounts for big buys and early orders, which may tip the scales in favor of wealthy miners.

Recent years have seen increased attention on the sustainability of cryptocurrency mining, with many detractors saying that merely proof-of-work coins need more electricity than a small nation.

Although this does happen periodically, many Bitcoin miners already use green energy. According to a study by the Bitcoin Mining Council, 58% of cryptocurrency miners employ renewable energy, which is defined as carbon emission reduction via geothermal, wind, solar, or hydropower. As a result, the Bitcoin mining business uses some of the greenest energy.

To lessen the financial load on the bitcoin mining industry, there is still a significant push to adopt a 100% renewable strategy. Accordingly, various 100% renewable mining operations are starting to operate all over the world.

Included in this are the Nova Hydromining company and a partnership between Blockstream and Jack Dorsey’s Block, whose new mining plant in Texas is powered by Tesla solar panels and battery technology.

In addition, Dorsey is creating an open mining initiative that will advance the accessibility and decentralization of mining.

The growing regulatory pressure on mining companies creates a significant incentive for both current and future operations to go green. Sustainable mining practices will likely stop being the exception and start to become the norm in the coming years.

Remember that this is in no way an encouragement to spend your money, so you must make the ultimate decision to start your mining journey. Remember, never invest more than you are willing to lose.

Metaverse Retail: Fashion and Luxury Will Be Worth $50Bn by 2030