Nelson Mandela's paintings and handwritten correspondence will be sold as NFTs on Nifty Gateway. 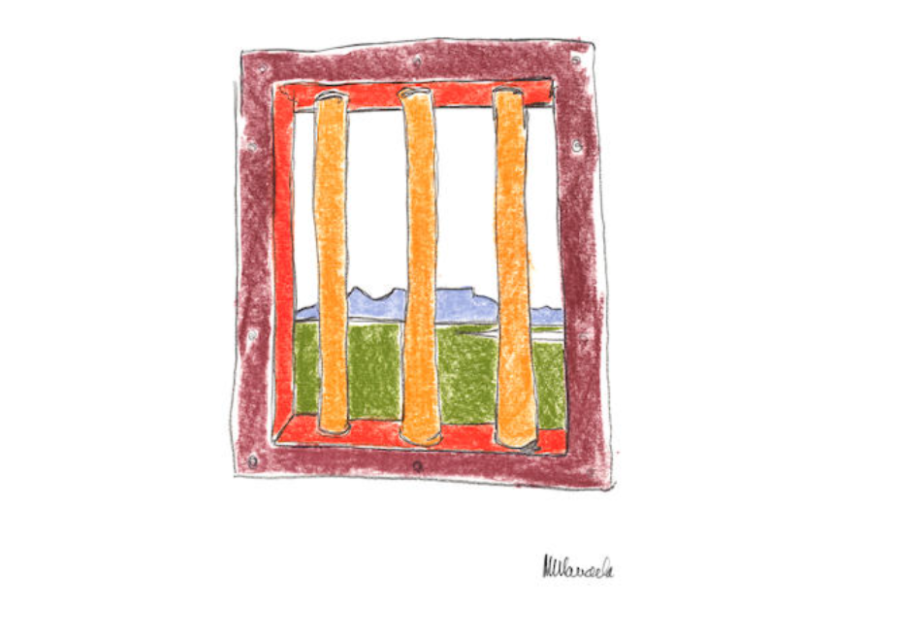 Next month, however, the two worlds will collide when the first non-fungible tokens (NFTs) of the anti-apartheid hero and former South African president Nelson Mandela’s art will be sold worldwide.

The NFT collection, titled “My Robben Island,” contains five colorful watercolors painted by Mandela after he stepped down from the presidency in 1999, as well as The Motivation, a handwritten explanation of the harsh conditions on the island prison.

Bonhams, the oldest and largest auctioneer of fine art in the world, will offer My Robben Island on the Nifty Gateway platform in a six-hour period on 9 March for a fixed price of $3,495 for the edition, or $699 for individual work. There is no set number for sale, although there is an upper limit of 10,000.

The artwork depicts the interior of Nelson Mandela’s prison cell when he was imprisoned on Robben Island. It has become a pilgrimage site visited by many, including Barack Obama and Bill Clinton.

The Window artwork, by Mandela, illustrates the view from his cell window on Robben Island. Table Mountain appears in the composition with symbolic significance. The scenic South African landmark represents Mandela’s courage and strength in his fight for freedom in his native country.

As depicted in The Lighthouse painting, passes ships were warned of Robben Island’s treacherous shores by the lighthouse. It serves as a symbol of contradiction against the vast expanse of the blue sky. In spite of protecting distant sailors, it also served as a tool of oppression, emphasizing the island’s inaccessibility.

Robben Island church is the center of Mandela’s sketch. Prisoners did not have access to the church, but Mandela associated the building with spiritual freedom.

Harbour depicts the first sight of Robben Island the new prisoners would have seen as they approached the island by boat. Upon arrival, they had to change into prison clothing in an effort to remove their individuality. As a consequence, the work expresses the process of transformation of the individual subjected to imprisonment by depicting an island landscape in an artistic way.

The Motivation handwritten work explains how Mandela drew Robben Island sketches and what motivated him to do so. He writes, ‘Robben Island is a place where courage endured in the face of endless hardship, a place where people kept on believing when it seemed their dreams were hopeless and a place where wisdom and determination overcame fear and human frailty.’