Magic Eden’s co-founder and COO, Zhuoxun Yin, told the media that they are happy to be integrating with Polygon. 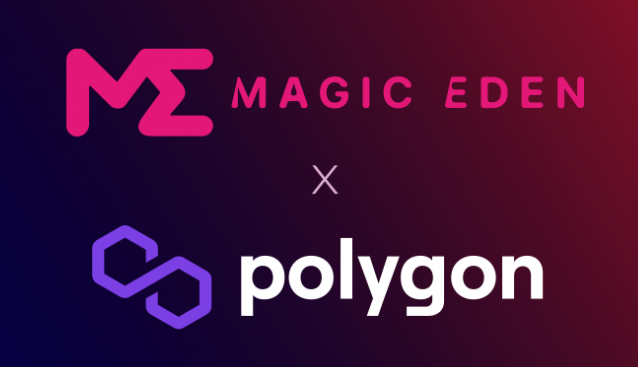 Magic Eden, an NFT marketplace, is integrating with Polygon, the Ethereum layer-2 scaling solution. The companies announced on Tuesday that the goal is to let Magic Eden move deeper into the NFT ecosystem and blockchain gaming.

Magic Eden’s co-founder and COO, Zhuoxun Yin, told the media that they are happy to be integrating with Polygon. This will enable them to take advantage of the multi-chain ecosystem and their desired future, Yin said. Furthermore, this integration will help Magic Eden take away every barrier connected with any chain and make NFTs more accessible to the public.

The latest partnership will support NFTs minted on Polygon. The Polygon network enables cost-effective and faster transactions than the mainnet on Ethereum. It, thus, makes it ideal for projects that need large digital assets to be completed.

When Magic Eden started out, it began as a Solana NFT marketplace. It later rose quite swiftly to dominance. It proceeded to embrace Ethereum in August this year and it’s now going into Polygon.

The choice of Polygon, according to Yin, stems from two major reasons. He said it is because of Polygon’s increasing adoption rate by web2 brands, and also because of its potential large-scale web3 gaming platform.

Magic Eden has had an average of 10 million unique users every month since it began operation in September 2021. It also sees more than 20,000 NFTs sales on a daily basis despite the market downturn. The company raised up to $130 million in June and which brought its valuation up to $1.6 billion.