LimeWire Is Relaunching as NFT Marketplace

Austrian brothers Julian and Paul Zehetmayr are relaunching LimeWire as an NFT marketplace in May. 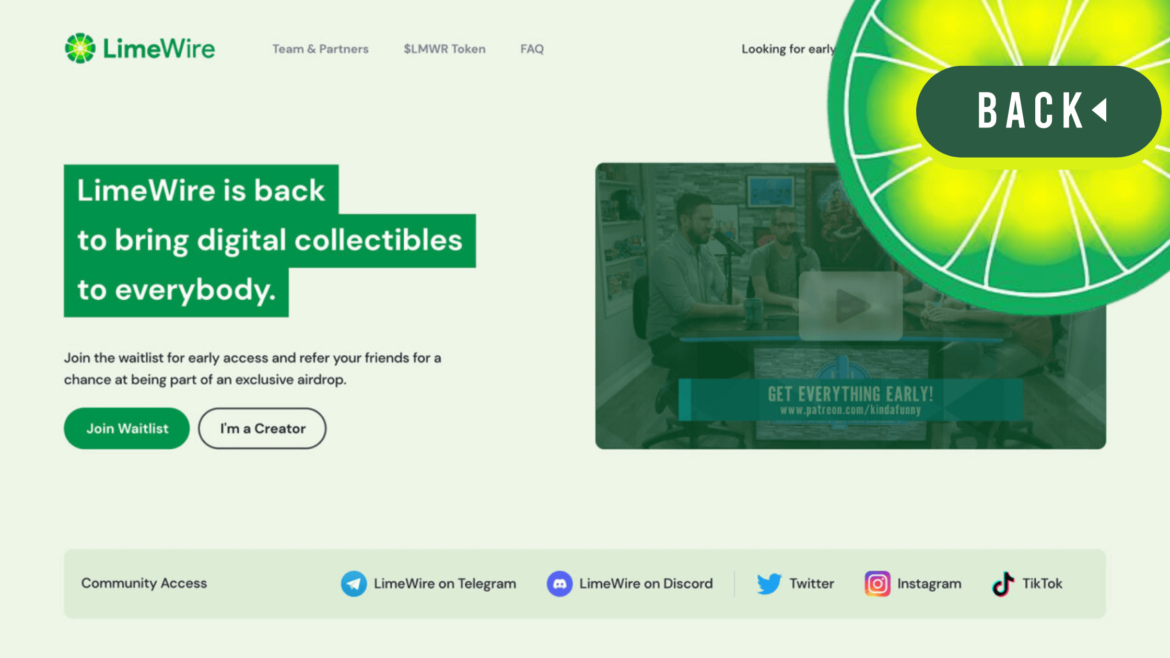 As a result of its shutdown back in 2010 and a lengthy legal battle with the Recording Industry Association of America over accusations of music piracy, nostalgia took hold among the community.

The nostalgic group includes Austrian brothers Julian and Paul Zehetmayr, who purchased LimeWire’s intellectual property and other assets last year. The brothers have been planning to revive LimeWire since then.

Now, it appears they’re announcing something big: LimeWire is coming back in May but will be relaunched as an NFT marketplace.

We’re back. Join the waitlist and our community.

With the new LimeWire, users will be able to buy and trade items such as limited editions, unreleased demos, and digital merchandise.

Users will be able to purchase tokens with credit cards rather than crypto, and prices will be listed in U.S. dollars. Payment functionality has been developed in collaboration with Wyre.

The brothers are also planning to raise additional capital through the sale of a token called LimeWire, initially offered to a select group of investors before being made public later. The token will allow holders to vote on changes to LimeWire’s policies as well as which artists appear in its music charts.

Basketball Player LeBron James Is Headed to the Metaverse