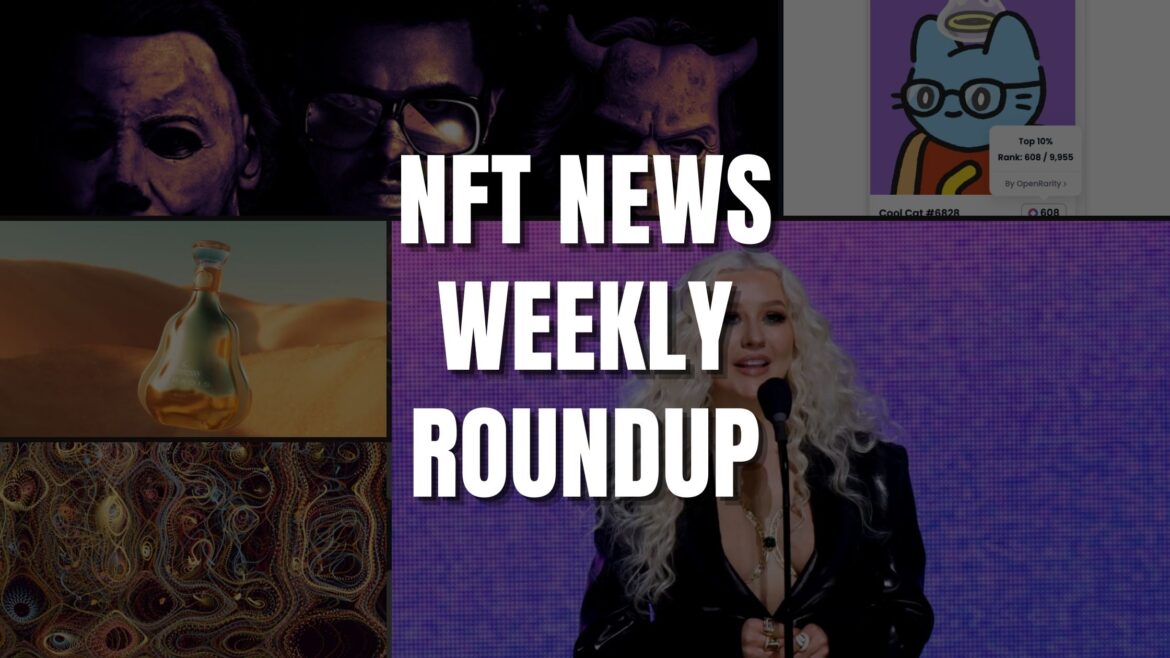 The NFT trend does not appear to be slowing down. Every day, there is more news about the launch of new NFT-related projects, the release of collections, and the creation of brand-new partnerships.

As part of our weekly NFT news roundup, we’ve selected the top 5 stories to keep you up to date.

To celebrate its 60th anniversary, KEF announced the launch of the “Absorbed” NFT series, a collection of 1060 NFTs artworks inspired by its Metamaterial Absorption Technology (MAT), a complex maze-like structure that eliminates unwanted noise from the rear of the driver, resulting in a more natural sound.

2. OpenSea Gives Collectors the Option to Filter NFTs by Rarity

OpenSea has integrated a scarcity ranking tool into its platform, enabling buyers to evaluate the rarity of specific NFTs. The newly created tool, OpenRarity, would assign rarity rankings based on NFT attributes by using the OpenRarity standard.

3. Christina Aguilera to Join the Metaverse with Virtual Concerts and NFTs

Christina Aguilera has filed a trademark application signaling her plans to enter the metaverse and NFT market. According to the application, the singer aims to offer NFTs, virtual goods, musical performances and virtual appearances in the metaverse.

Universal Studios seeks to include NFTs in a scavenger hunt coming up soon. The event will see guests partake in a scavenger hunt for Halloween-themed non-fungible tokens. Visitors would mint seven million NFTs by scanning seven QR codes. Organizers would conceal each code at seven separate parks.

Hennessy, one of the world’s four “big four” cognac houses, released a golden edition of its Paradis cognac. In this case, the bottle comes as an NFT, which holders can redeem for the physical bottle. The NFT is an animated artwork depicting a rotating Hennessy Paradis bottle in an ethereal desert environment with golden light.