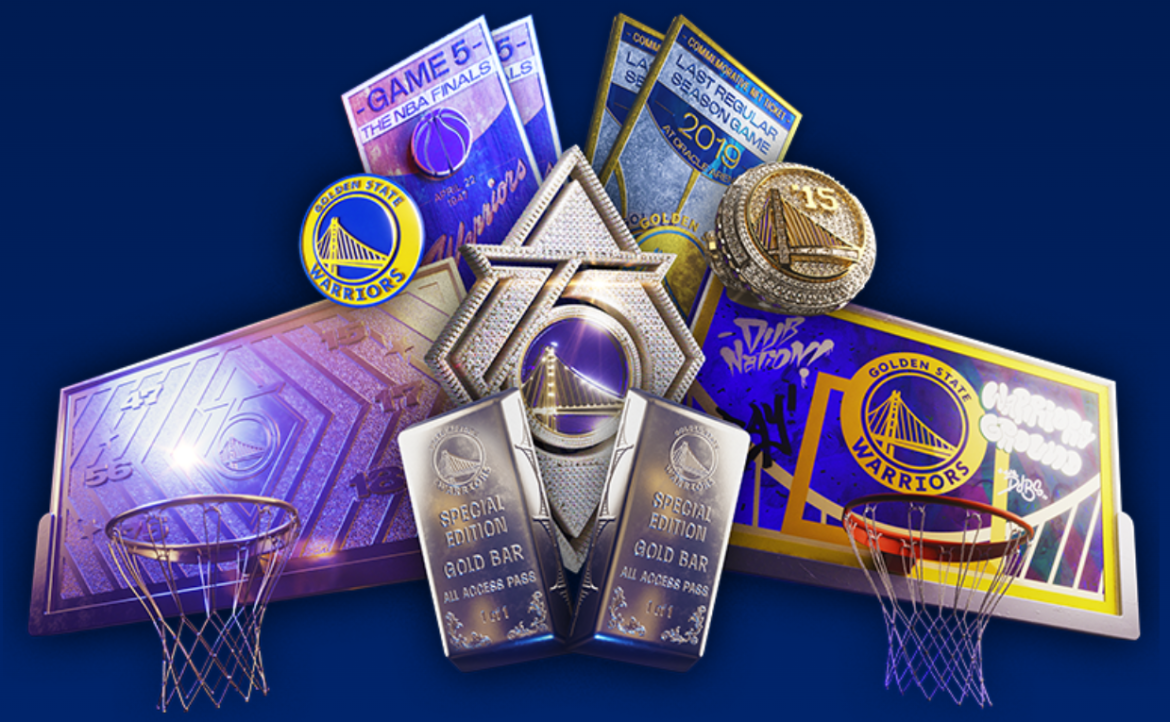 Each NFT has its own rarity level, as well as distinct utilities and perks. Each Playoff NFT is also a digital collectible that serves as admission to the GSW Discord group.

The Warriors Community Foundation, which has provided over $25 million in impact for Bay Area educational equity since its creation in 2012, will receive a percentage of all proceeds from the NFT Collection.

The Golden State Warriors 2022 Playoff NFT Collection will be available on the FTX US NFT marketplace on Friday, April 15 at 10 a.m. PDT. Each NFT will cost $499.99. To mint and take part in the 1-of-1 auction, fans must have an FTX US Account. Fans and bidders may view the entire collection of NFTs at gswnft.com.

This NFT brings the Warriors home court to life in an inspired 3D branded art piece.

This NFT honors the GSW franchise’s evolution by displaying all of the numerous team logos from 1962 to the current days.

To honor the Warriors’ 75th anniversary, this NFT commemorates the team’s franchise legacy of 10 final appearances and 6 NBA championships.

This NFT Commemorates Game 5 of the first-ever NBA Finals in history on April 22, 1947, in Philadelphia, Pennsylvania. This historic game solidified the Warriors as the first-ever NBA Champions and the franchise’s first championship with a historic victory of 83-80.

This GSW Foam Finger is an iconic token of Warriors fan’s loyalty.

Metaverse: the Virtual World that Is Attracting all Industries