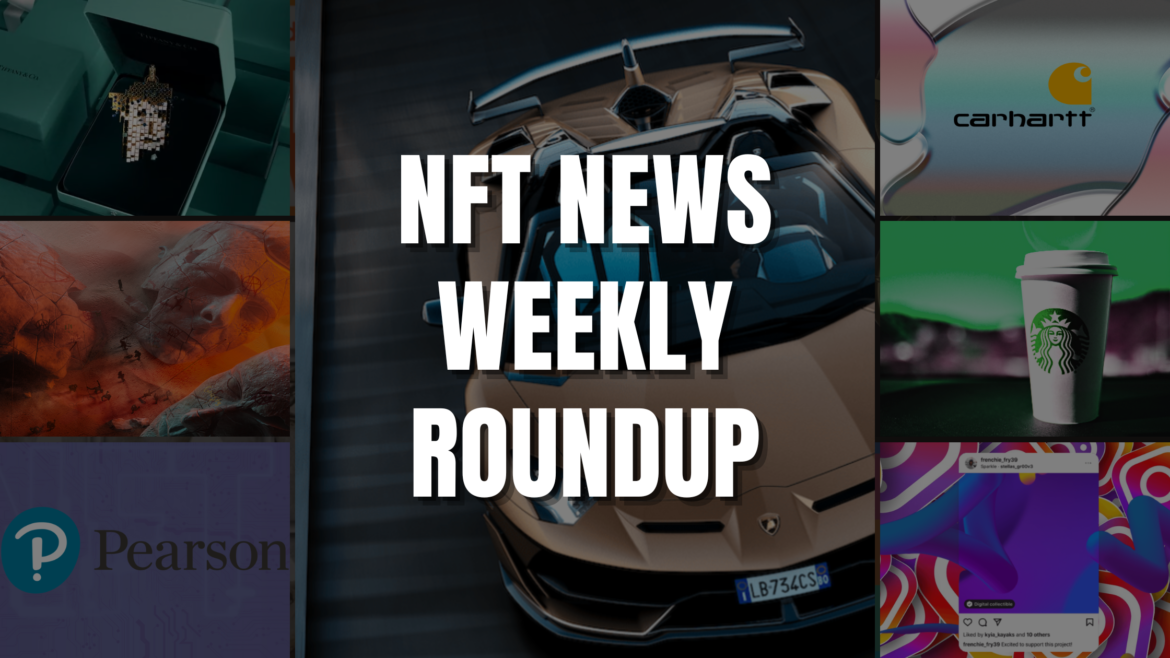 There seems to be an increase in the popularity of NFTs.

Tiffany & Co announced its entry into the realm of NFTs through its official Twitter page.

The project, dubbed “NFTiff,” comprises a collection of 250 NFT passes that can be minted and redeemed by CryptoPunks holders for the creation of a custom-designed pendant and an NFT digital artwork that matches the final jewelry design.

British rock band Muse announced the release of their new album, Will of the People, in NFT format.

In total, 1,000 copies of the Muse NFT album were released globally at a retail price of £20 via the eco-friendly crypto platform Serenade.

3. Pearson Plans to Turn its Textbooks into NFTs for Sale

Pearson revealed ambitions to profit from secondhand textbook sales by converting them into NFTs.

In reaction to Pearson’s interim results, business CEO Andy Bird described his idea to offer digital textbooks as NFTs, which will allow the publisher to track ownership even after the book has changed hands.

Carhartt has filed a trademark application for its name, logo, and “Work in progress” slogan, indicating its plans to enter the metaverse and the NFT space.

5. Starbucks to Disclose Its Web3 and NFT Strategy

More specifically, the Starbucks Rewards digital ecosystem will be integrated with Starbucks-branded digital collectibles as a rewards program and community-building strategy. Detailed plans will be revealed at Investor Day.

6. Instagram Extends its NFT Integration Feature to Other 100 Countries

Instagram announced that its NFT feature is now available in other 100 countries throughout Africa, Asia-Pacific, the Middle East, and the Americas.

Users will now simply need to connect their digital wallet to Instagram to publish an NFT.

7. Lamborghini Announces Its Third NFT Initiative, Which Will Run For 8 Months

Lamborghini unveiled its third initiative in the NFT space in collaboration with NFT PRO and INVNT.ATOM.

The collection consists of four NFTs that will be available for purchase for 24 hours only each month for four days.

Only those who have purchased all the monthly NFTs produced – either the three ordinary NFTs or the three regular plus the limited edition – will get a special NFT at the end of the campaign.

Herman Miller to Join the Metaverse with Virtual Furniture and NFTs