A list of the top seven play-to-earn (P2E) pet games. 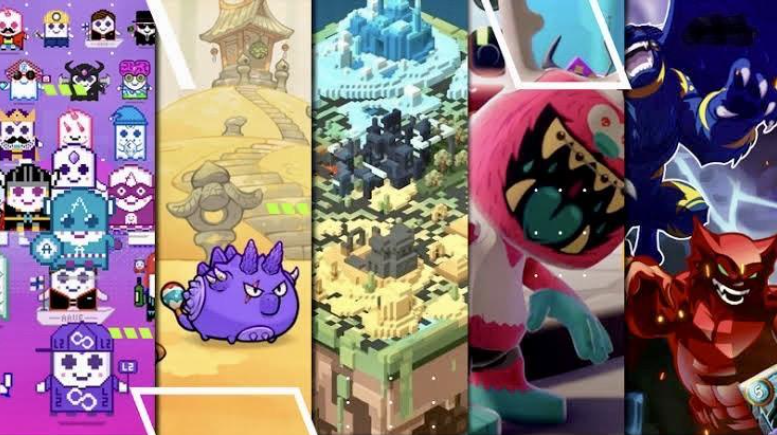 Blockchain gaming has grown enormously over the years, and it is showing no signs of slowing down at all. These games feature a blend of the fun of traditional gaming and an innovative in-game economy powered by DeFi and NFTs that enables players to earn while having fun.

Meanwhile, just like regular traditional games, play-to-earn games are divided into various categories, genres, and gaming styles. With this, players have tons of options to consider when starting their journey in web3 and blockchain gaming.

However, since its inception, pet and breeding games have dominated the blockchain gaming ecosystem. In fact, pet gaming is one of the most played P2E gaming genres. These genres of games work very similar to Pokemon, where players collect and breed in-game virtual creatures as pets.

As of 2022, several titles have emerged under this category. However, only a few of them stand out with immersive and player-driven innovations.

Meanwhile, choosing the best pet game can be stressful, especially for beginners. Fortunately, this guide will carefully point out seven of the best P2E Pet Game online. Let’s get started.

On top of the list of the best P2E Pet Game is My DeFi Pet. My DeFi Pet has become a top pet gaming title among blockchain games. The game is a BNB Chain-based pet game that features a blend of NFT and DeFi. The Pokemon-inspired franchise allows players to collect, raise and breed pets in the form of NFTs.

The game is set in a metaverse of absolutely beautiful scenery of beautiful pet creatures with excellent graphics. The world has a breathtakingly immersive gaming experience with fun gameplay.

How My DeFi Pet Works

As the name implies, players can freely contribute to the game’s community-driven DeFi while raising their favorite pet in the metaverse. The game has four core gameplay:

My DeFi Pet is incomplete with its sustainable, vibrant economy powered by the DPET token. The BEP-20 token serves as the native and in-game currency that players can use to interact with the game’s ecosystem. The token is useful for summoning, breeding, evolving, and trading monsters. It is also useful for special events or DAO voting.

My Pet Hooligan is the flagship pet play to earn game from web3 creative studio AMGI Studios. The game is a desktop-based PVP Pet game with DeFi and NFT components.

One feature that got My Pet Hooligan in the list of the best P2E Pet Game is its cutting-edge immersive gameplay with innovative approaches and state-of-the-art web3 infrastructure. The game is built on the powerful Unreal Engine 5.0 with the aim to develop a top-notch web3 experience. The game also aims to build a fun, interactive, and immersive gaming world with a vibrant ecosystem economy.

How My Pet Hooligan Works

In the game, Hooligans can riot and fight bots to earn $KARROTS and take over their metaverse. Players can also participate in in-game modes and upcoming special events, including mega Hooligan Parties.

My Pet Hooligan features a dual token system powered by the $KARROTS and $SEEDS tokens. The $KARROTS is an ERC-20 token with a wide range of utility functions in the game’s ecosystem. The token is important for utility functions, upgrades, and collecting items. It is also useful to unlock premium gaming experience, perks and claims.

$SEEDS are utility assets that complement the use cases of the game’s NFT assets.

Monsta Infinite is an MMORPG pet game that features NFT and DeFi solutions as a core part of its nostalgic metaverse. The game features a turn-based monster card gaming gameplay where players can breed and grow virtual pets, the Monstas. These creatures can also square out with other players to win in-game rewards from quests and PVP game modes.

Monsta Infinite’s gameplay is based on collectible card gaming. In the game, players can fight with different abilities and strategies from their deck containing five cards. Players draw their cards from piles, after which they are reshuffled and returned after attacks.

Meanwhile, players can further enhance their attacks and abilities via the game’s match 3 puzzle system.

Essentially, the game is free to play, i.e., players do not need to pay before accessing the game. They can earn by participating in in-game activities and completing quests. Battling in the PVP arena to compete with other players and earning rewards is another play-to-earn method.

Monsta Infinite works with a dual token system that features an in-game and governance token. Its governance token, $MONI, is a BEP-20 asset that allows players to participate in the game’s DAO system and decision-making activities. Players can also earn passively by staking their $MONI token to earn yield rewards.

The in-game token, $STT, is also a BEP-20 token that players can earn by participating in in-game activities. It is also useful for utility purchases and cloning Monsta.

Another top franchise in the crypto pet gaming world is the Genopets. Genopets is a Solana-based pet game where players grow and evolve with their digital pets by making sound real-world decisions.

The game features an innovative move-to-earn model, a revolutionized play to earn that allows players to earn for exercising their body and mind. With this, biometric and physiological data such as heart rate, sleep time, and daily activities are incorporated into gameplay to reward players.

How do Genopets Work?

Battle in Genopets is usually turn-based. Success and score depend on players’ in-game performances.

Genopets and their owners are connected via the game. Therefore, data of personal activities of the owner shape and nurture the life of their Genopets. Apart from this, players can also earn in-game tokens for their real-world activities tracked with digital devices. Other ways to earn include training Genopets to evolve, trading Genopets and scouting for rare ones, or purchasing breeding habitats for Genopets for rent.

The main reward token is $KI, and it serves many use cases in the game’s ecosystem. Other importances include utility purchase, customizing, and clothing Genopets to align with their personality.

The game also has a native token, $GENE. The token serves as the main governance and DAO token of the game. It is also useful for crafting NFTs and staking for yield rewards.

Kryptomon is another exciting pet gaming title that utilizes open and free NFT assets as in-game items to allow players to collect, own and raise their Kryptomon. In this Pokemon-inspired game, players can form a team with their adult Kryptomon against other players to earn in-game rewards.

Players can hatch their egg into different Kryptomon generations from 1 to 7. The generations determine Kryptomon’s traits and rarity level. Kryptomons can also be distinguished based on their elements ranging from fire to water or ground.

Battle in Kryptomon features a PVP turn-based system where Kryptomons of almost the same range of levels are pitched together. Players can choose from a wide range of spells and attacks while at it. Battle modes can be 1v1 duel battle or 3v3 team battle.

Players can also engage in PVE battles by exploring their virtual world for quests and daily challenges.

The game features a fully established in-game economy powered by a BEP-20 $KMON token. The token is especially useful for various utility functions. It is also useful to train, breed, and battle Kryptomon in the game.

Revomon is a PC-based game that is based on the SideQuest VR marketplace. SideQuest is available for macOS, Windows, Linux, and other native VR game PCs.

To get started, players must choose their category of Revomon between Gorlit (Fire-types), Dekute (forest type), and Zorelle (water type). Once everything is set, players can start catching Revomon with slingshots. Once the player fires the slingshots, it releases Orbs that capture the Revomon. However, the efficiency and power of each Orb depend on its category.

$REVO is the game’s native and main utility token. It is useful for marketplace and utility purchases. It is also the main reward token that players can earn for participating in gaming activities, special events and competitions, and trading NFTs. Players can also earn passively by staking their $REVO token.

Another important Pet Game P2E title is CryptoKitties. As the name implies, CryptoKitties is an Ethereum-based cat breeding game. Released in 2017 by DapperLabs, CryptoKitties boasts as the first play-to-earn game of the Ethereum blockchain. In the game, players can breed and collect their favorite cat with NFT cards.

As an NFT game, free ownership and NFT rarity is the core part of the game. With this, players can freely own unique and one-of-a-kind NFT pets.

CryptoKitties has made headlines as one of the most popular pet games that have generated enormous revenue from Pet Card sales.

Players can start exploring CryptoKitties by purchasing and breeding their virtual NFT cats. These cats have varying attributes with distinction 256-but genome. Each cat has 12 attributes that distinguish it from another.

Players can earn by breeding and selling their cats. With this, players can study their cat’s attributes and cross breed with another to produce a high-level rarity cat. Another way to earn is by growing and selling cats off in the market.

It’s safe to say pet gaming is a great sensation in P2E gaming. However, considering gaming dynamics and play-to-earn opportunities is important for growing an irresistible P2E Pet Game in blockchain gaming.

The pet games listed above have shown great support for innovative gameplay and player-driven development, perks that further build our confidence in them.

OpenSea Gives Collectors the Option to Filter NFTs by...

ZARA Lands in the Metaverse with Phydigital Collection...

The Lord of the Rings to Embrace the...