MetaMundo Unveils the First 3D NFT Marketplace for the Metaverse 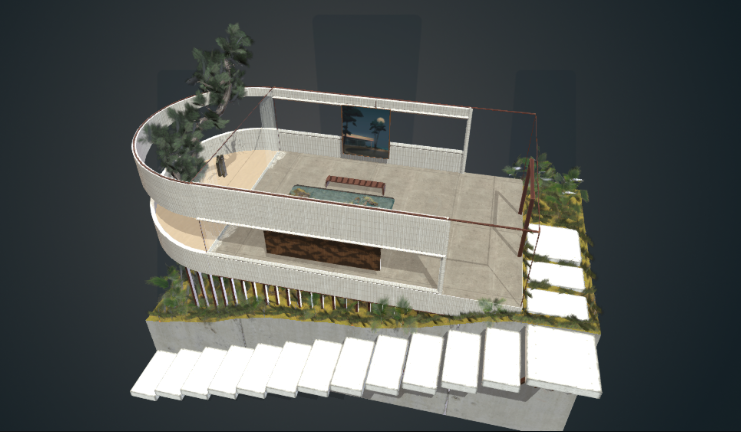 MetaMundo (https://metamundo.co/) bills itself as the world’s first 3D NFT marketplace for collecting metaverse scenes and assets, such as galleries, villas, parks, avatars, and vehicles.

By crafting a user experience that focuses specifically on collecting 3D NFTs, MetaMundo takes a step beyond the 2D NFT market and takes advantage of the growing popularity of the metaverse and 3D virtual environments.

The MetaMundo marketplace enables 3D artists, architects, and designers to sell their 3D assets and scenes directly to users.

Each NFT sold on MetaMundo includes a bundle of 3D files compatible with Decentraland, The Sandbox, Cryptovoxels, Spatial, VRChat, and more.

MetaMundo has partnered with a curated selection of top 3D creators from the metaverse and in real life, including Dutchtide, Luis Fernandez, and Mila Lolli. In the early stages of the launch, MetaMundo will release curated NFTs on a weekly basis.

In the inaugural 3D NFT drops there are: a Brutalist-architecture-inspired Japanese Zen Art Gallery, by the Netherlands-based artist Dutchtide, and a sprawling ocean-side luxury villa, recalling the work of Adolf Loos and Mies van der Rohe, by Luis Fernandez. The gallery will be auctioned as a 1/1 edition; the villa will be available for purchase from an edition of 100.