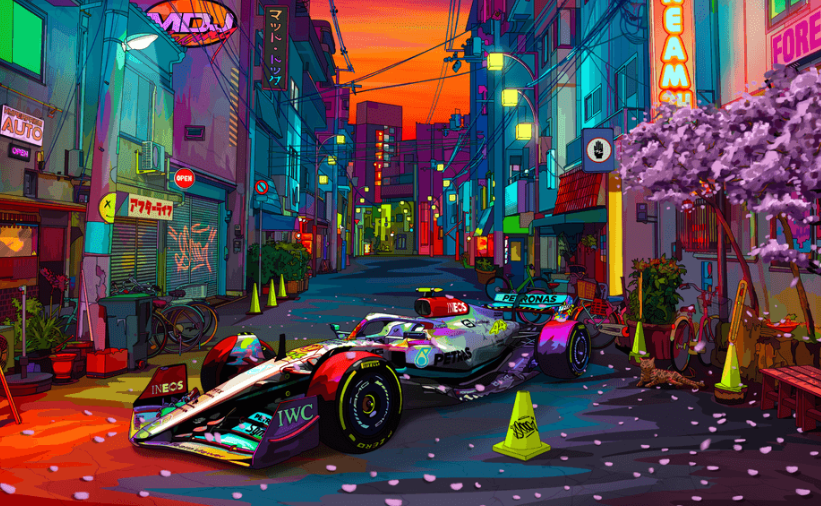 The Mercedes-AMG Petronas F1 Team has announced the launch of a series of NFTs in collaboration with FTX, one of the most innovative cryptocurrency exchanges in the world.

Throughout the year, the Team and FTX will release free-to-claim NFT “Ticket Stubs” – artistic interpretations of a Mercedes-AMG Petronas race ticket – as well as unique and rare NFTs created by some of the world’s leading artists, which will be auctioned off at various points during the 2022 season, beginning in Miami.

The series of NFT Ticket Stub drops will allow fans to build, trade, and collect their own NFT Ticket Stub collection throughout the season, giving fans even more ways to interact with one another and creating a new community of collectors and traders with a shared passion for racing and digital art.

Bringing our fans closer to the Team. 👊

We’re proud to launch the first in a series of NFT drops, powered by @FTX_Official! 🎨

There will be 2,500 free-to-claim NFT Ticket Stubs at most races, and 1,000 limited edition NFT Ticket Stubs developed in partnership with different artists at up to five races during the season.

The NFT auction will take place only on the FTX US NFT marketplace.

The revenues from the auction will benefit Ignite, the Team’s, and Mission44’s joint charitable project dedicated to promoting greater diversity and inclusion in motorsport.

A limited-edition run of 1000 Miami-inspired NFT Ticket Stubs created by Mad Dog can be claimed by fans at nftmercedesamgf1.com starting on Friday 6th May.