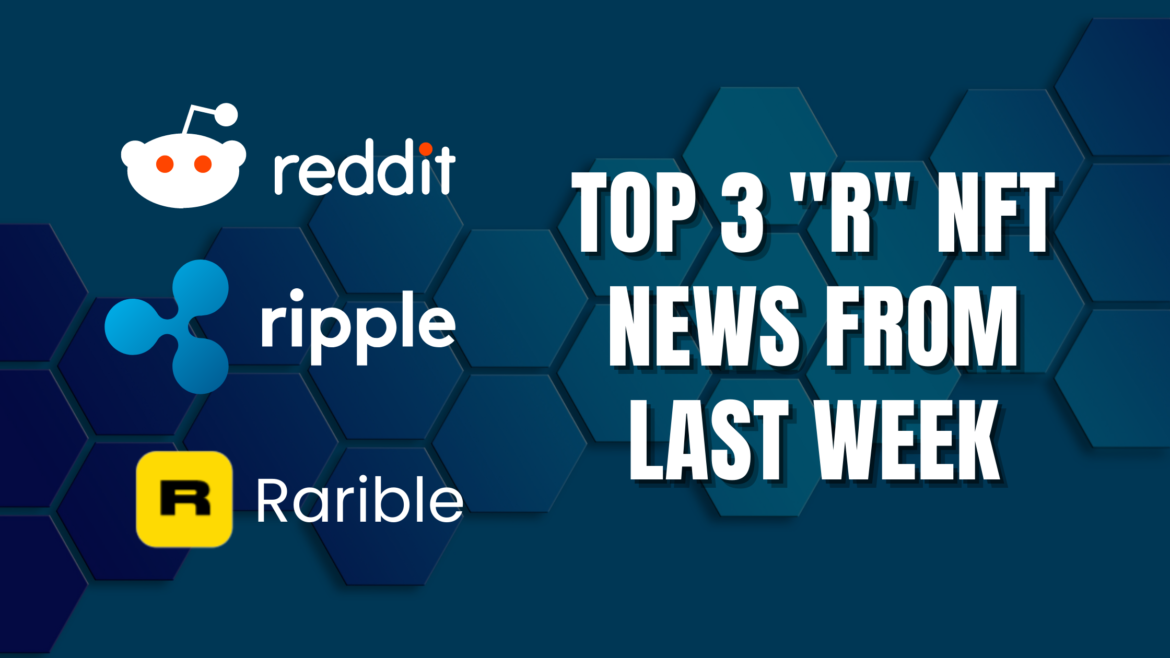 NFT news of new initiatives, collections, and partnerships emerge every day, proving that the trend hasn’t slowed down.

As part of our weekly NFT news roundup, we’ve selected the top three stories to keep you up to date.

According to a TechCrunch article, users have opened over 2.5 million Vault cryptocurrency wallets—Reddit’s own blockchain wallet accessed through the company’s native app—since the social network released its NFT marketplace in July.

In terms of active user wallets, this would place Reddit ahead of OpenSea, which had little more than 1 million active wallets in January.

According to a new Reddit update, users are now also able to transfer their Collectible Avatar to another Reddit account with a Vault or to an external third-party crypto wallet and use the NFT outside of the Reddit network.

NFT marketplace Rarible has announced the debut of its NFT aggregator.

Users may filter NFTs by blockchain, status, price, marketplace, and type using the tool, which is available on the Rarible homepage. Consumers would be able to simply discover NFTs and buy them at the best price without having to spend a lot of time and effort doing the comparisons themselves.

Ripple has announced new grantees for its NFT Creator Fund, which aims to assist innovators in commercializing their NFT projects on the XRP Ledger (XRPL).

9LEVEL9, Anifie, Cross-Metaverse Avatars, and others are among them.

These and other projects were picked based on criteria such as a clear mission statement, project plan, NFT usefulness description, and established community following.

Wave 3 of the Creator Fund mission will begin in the coming months, with applicants eligible to apply.