Nifty's announces partnership with Sony Pictures Consumer Products to create a two-part NFT experience ahead of the highly anticipated August 5, 2022 debut of the film Bullet Train. 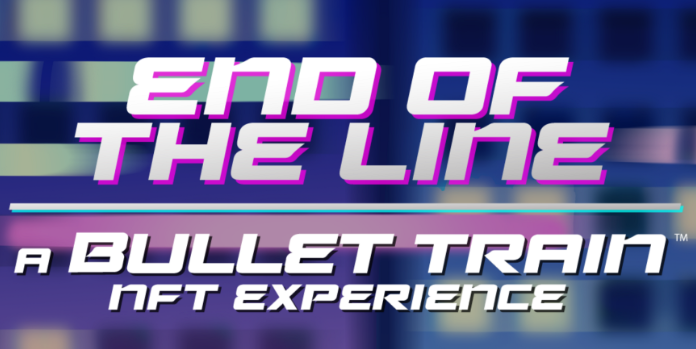 Nifty’s, a digital NFT marketplace, has announced a partnership with Sony Pictures Consumer Products to create a two-part NFT experience ahead of the highly anticipated August 5, 2022 premiere of the film Bullet Train.

Based on Ktar Isaka’s Japanese novel Maria Beetle (translated into English as Bullet Train), the film stars Brad Pitt, Sandra Bullock, and others.

Nifty’s will deliver free NFTs to qualified viewers as part of the two-part NFT experience, and then following the film’s release, Nifty’s will build an avatar experience based on the film.

Effective from July 20, everyone who buys a qualifying advance ticket at AMC Theatres, Cinemark, Regal, Cineplex, or ODEON in the United Kingdom and Ireland will be eligible for an NFT of a Momonga, a flying squirrel-like figure from the film.

The second phase of Nifty’s program will revolve around an anime-style PFP program after the release of the film. A unique collection of assassins will be generated based on the film’s iconic moments, characters, and props.

Upon purchasing their assassins, fans can burn Momonga NFTs and level up their avatar via exciting gamified activities on Nifty’s platform.

Gap to Release Pet-Themed NFTs in Collaboration with DOGAMI