How is Blockchain-based Gaming Disrupting the Gaming Industry?

Blockchain game development has caused a significant uproar in the gaming industry, and it will not fizzle out like a passing trend in technology. 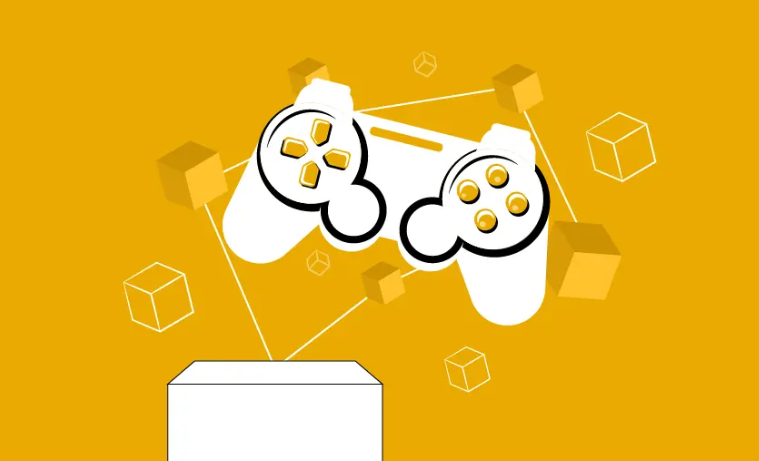 Technology has advanced so much that even the gaming sector is going through an extraordinary change, offering great hope for a better future. Blockchain technology is the forthcoming big thing in the gaming industry. And it is here to build and revolutionize the gaming business, not only to make a difference.

For a few years now, blockchain-based games have been available worldwide. However, the range of games in the market has recently increased dramatically. The global gaming market is anticipated to increase by $125.65 billion, at a CAGR of 12.40% from 2020 – 2025, as per the most recent Technavio analysis. Therefore, you can say that blockchain technology’s incorporation into gaming apps is a key component fueling the market’s expansion.

So, let’s dive deeper into what these blockchain games are and how they will revolutionize the next decade!

Blockchain has introduced an alternate method of gaming monetization. Blockchain games are decentralized to allow players to own things, collectibles, and currency, in contrast to traditional games that are centralized, and developers own all the game’s assets.

In-game items are distributed among players so they can do anything they wish with them, as opposed to existing on centralized servers. Players can exchange these items as they like, both within the game and outside of it.

Because blockchain technology is decentralized, players, not the developer company, entirely own and control all digital assets. It enables them to exchange and transfer digital assets for bitcoin with other players through the game or a third-party marketplace.

How is blockchain gaming transforming the industry?

Making predictions regarding the future of blockchain technology in the gaming industry seems simply too premature. However, given how well Blockchain Technology integrates with the gaming sector, the future does appear hopeful.

The implementation of the technology has resulted in a completely new paradigm and has simultaneously shown enormous growth and success. And that’s why companies hire a dedicated developer to create more such games.

But what makes blockchain games the future of gaming?

Cybercriminals cannot shut down a decentralized network since there are no servers and no efficient data encryption techniques. Thus, Blockchain makes the gaming industry more secure.

Blockchain enables the safe and open storage of game assets even when the game is not being played. One of the fundamental tenets of gaming, digital ownership in its original form, is supported by Blockchain since it enables players to trade valuable commodities and profit from their victories.

Since all transactions are registered and validated using blockchain technology, most blockchain-based games use their native crypto tokens for payment. These tokens are not only practical and beneficial from an investment standpoint, but they are also always secure.

The majority of blockchain-based games are decentralized and community-controlled, which means that the users are the ones who decide on program updates, features, and overall strategy.

When playing, it enables users to accrue points. Blockchain games are the first to let users profit directly from their gaming progress and other products.

Blockchain games are more open and let players take part in game management, in contrast to traditional games that are centralized and give the studio complete authority. The game’s creator is forced to make the requested change when players vote to alter it.

What are the major benefits that Blockchain brings to the gaming industry?

Blockchain is a revolutionary invention that has profoundly disrupted the IT sector. Gaming is not an exception to the concept that it is impossible to find a sector of the economy without being influenced by blockchain technology.

If game makers recognize the benefits of adding blockchain technology to their games, the possibilities for game development are unlimited. Gamers can earn money from their assets and property in addition to playing games, exchanging virtual goods for bitcoin, competing against people worldwide, and playing blockchain-powered games.

The gaming industry appears to be a potential future for Blockchain. We anticipate seeing more blockchain-based games and platforms in the future as more companies explore the technology and hire dedicated developers to create more.

Blockchain – The Future of Gaming!

Blockchain technology is expected to play a significant role in gaming in the future as gamers look for greater control over their favorite titles and actual ownership of the virtual goods they collect.

Though things are in the early stages, you can quickly establish yourself as a major player in the business with the correct functions and techniques. All you need to do is hire a dedicated developer and develop a killer crypto game!