Yesterday, Scott Kelly launched his first-ever NFT project and it sold out within a few hours. All funds raised will be donated to Ukraine. 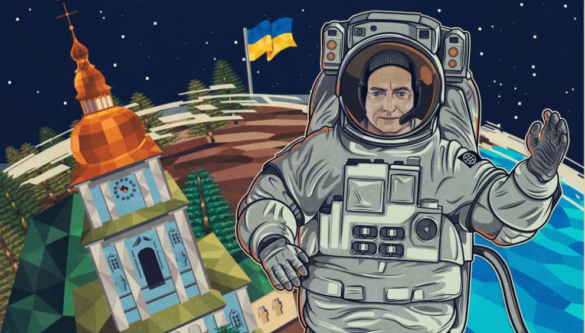 Record-setting former NASA astronaut Scott Kelly has just launched his first-ever NFT project dubbed “Dreams Out of This World.” He hopes the offering inspires people to reach for the stars, as an iconic book, Tom Wolfe’s ‘The Right Stuff’, inspired him long ago.

The “Dreams Out of This World” NFT drop is a collaboration with the content creation studio Orange Comet. It consists of a series of 3,333 pieces showing Kelly in space, with a variously reimagined Earth in the background.

Those pieces went on auction yesterday (April 12), the International Day of Human Spaceflight, along with some of Kelly’s spaceflight memorabilia, such as the gloves worn by Scott Kelly while in Space.

The auction was scheduled to continue for three days, on the NFT marketplace OpenSea. But the entire collection sold out in just a few hours, raising more than $500,000, as tweeted by Scott Kelly.

I'm proud to announce that my NFT collection is officially sold out on @opensea
Thank you to everyone who supported this project! In the midst of this war, it's amazing that we can come together through art to aid the people of Ukraine. Over $500,000.00 raised today! pic.twitter.com/YnO9VUeiLS

100% of the net proceeds from this initial drop will go to the Ukraine efforts of the Global Empowerment Mission (GEM), a nonprofit organization that helps disaster-stricken nations and communities.