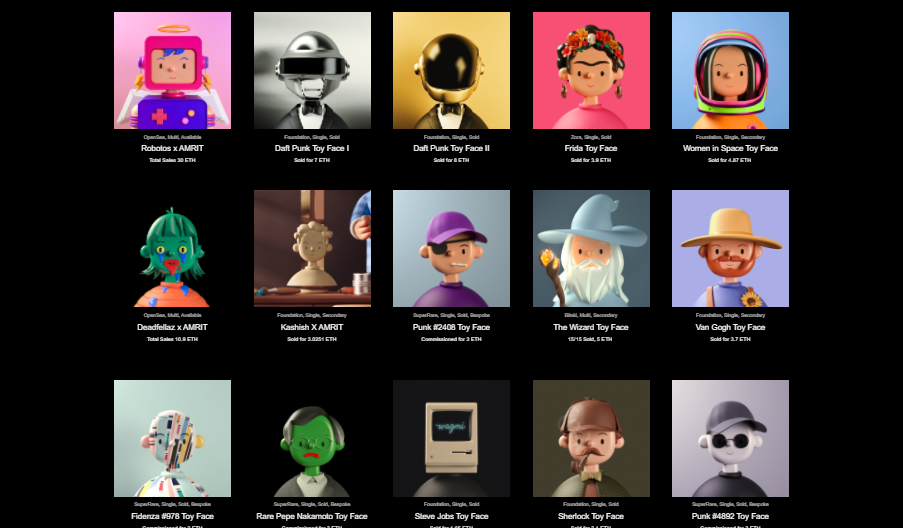 Amrit Pal Singh, a 32-year-old artist, earned over one million dollars in only nine months by selling non-fungible tokens or NFTs.

Singh just minted his first NFT in February, even though he has been a designer and illustrator for nine years.

His NFT project is called Toy Faces. This is a set of non-generative portraits created one by one on the blockchain.

Over thirty cartoon-like 3-D portraits of people and characters are embedded in the collection, including Frida Kahlo, Van Gogh, Daft Punk, and more.

Each NFT Toy Face has a different price. A few of them have been sold for 8 Ether (ETH), which equals about $37.872,80 at current prices.

Here are all the existing 34 Toy Face NFTs in the order they were minted. I minted my first Toy Face on 17th February 2021. Thank you for so much love, as of today they have crossed half a million in primary sales. Celebratory music by Nazia Hassan, queen of South Asian pop.🍟 pic.twitter.com/evXPXSRUbz

The Indian artist also created another project, in the same style as the first, titled Toy Rooms. The collection includes iconic rooms such as Aladdin’s cave and Hobbit’s study. 1.22ETH was the lowest price paid for a Toy Room last time.

Extremely excited to share Toy Rooms, a collection of iconic rooms illustrated in quarantine. It’s one of the first collections to drop on Foundation. All nine Toy Rooms are listed right now and available for a bid. Please spread the word! ♥️

Amrit Pal Singh, despite being successful as a designer, discovered through NFTs’ world a new and more effective way to express himself creatively.

Disney Releases NFTs Featuring Characters From its Most Beloved Movies