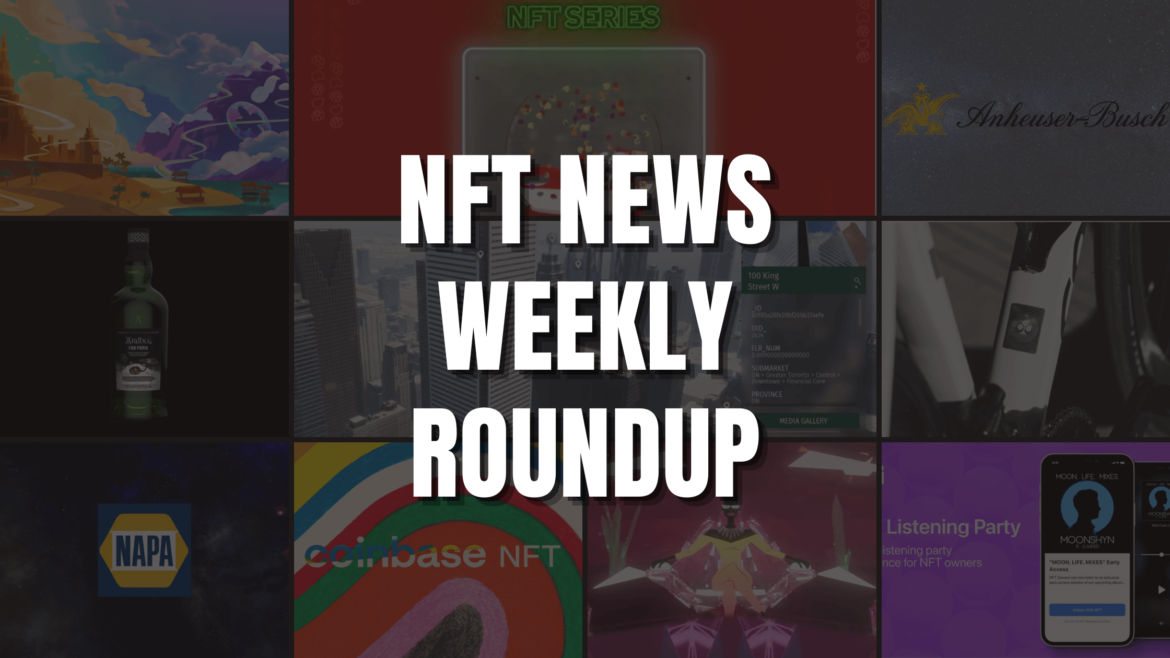 There has been a steady stream of NFT news recently, including collaborations with NFTs as themes, new collections, and more.

NFTs are gaining in popularity and show no signs of stopping.

We’ll look through the most relevant NFT news from this week as part of our weekly NFT news roundup.

The NFT program aims to educate players about the brand’s history by using randomly given free NFTs rather than an auction or a paid sale. Players who reach a certain level, like in the first edition, will be eligible for an NFT raffle.

The lottery will provide a total of ten new NFTs depicting the game’s character, Vivienne, who is an anthropomorphism of the company’s monogram, and will be available until August 4th.

Nestlé has released its first NFTs on OpenSea to celebrate the introduction of the TRIX® Breakfast Cereal brand in the Middle East and North Africa.

The NFTs feature a glass ball with Dubai’s “Burj Khalifa” skyline and a new breakfast cereal brand within. The NFT also includes ‘The TRIX® Rabbit,’ which has been a breakfast cereal emblem since the 1950s.

From March 18 to May 13, the TRIX® Globe will be auctioned off in a one-of-a-kind limited edition of only two NFTs.

With the release of a limited edition collectible from its Ardbeg single malt Scotch whiskey brand, Moët Hennessy has become the latest spirits brand owner to enter the world of non-fungible tokens (NFTs).

Ardbeg Fon Fhòid NFT will be available only on BlockBar.com, a website that sells NFTs (digital assets) directly from premium liquor brands, with each NFT corresponding to a real bottle.

NTRY, a Canadian company with worldwide ambitions, will debut its platform later this week to make it easier to exhibit, market, and sell real estate properties online.

Traditional property marketing strategies are given new life by the NTRY platform, which is meant for brokers, agents, developers, and purchasers.

The NTRY platform takes advantage of the power of high-fidelity 3D modeling, transforming renderings and still photos into interactive displays for developers’ latest offerings and seamlessly blending them into a mirror of the real environment.

NAPA, the American retailers’ cooperative distributing automotive replacement parts, accessories and service items, has filed a trademark application for its logo indicating plans for entering the metaverse and embracing the world of non-fungible tokens (NFTs).

According to the trademark application, the company aims to provide virtual vehicles, NFTs, motor vehicle repair services online, and much more.

Coinbase revealed ambitions to build an NFT marketplace last year. Now, only a few months later, Coinbase has announced the beta launch of its NFT marketplace at nft.coinbase.com.

Coinbase aims to begin with a limited set of beta testers who will be invited based on their place on the waitlist.

MakersPlace, the premier market to discover, collect and invest in rare and authentic digital artworks, announced that The Crystal Method, the American electronic music act formed in Las Vegas, Nevada, by Ken Jordan and Scott Kirkland in the early 1990s, will be auctioning their new lead single’s music video “Watch Me Now” as an NFT on its platform on April 26, 2022, at 3:30 PM PT.

Colnago, a manufacturer of high-end road-racing bicycles founded by Ernesto Colnago in Italy in 1952, has announced the adoption of blockchain technology within its business.

Colnago will make a non-fungible token (NFT) version of each bike available to the owner.

MyLime, Colnago’s technological partner, has built an RFID tag that is irrevocably tied to the bike frame and gives access to the information in the bike’s digital passport through a smartphone app linked to the blockchain.

Koji, the world’s most powerful Link in Bio platform and the largest app store for social media, has announced the launch of NFT Listening Party, a new app that allows musicians to create NFT-gated listening experiences for their fans.

Artists can use NFT Listening Party to provide fans with early access to their latest beats, songs, albums, and more. Configuring the app is as simple as uploading an audio file, choosing availability dates, and specifying the NFT necessary for fans to listen.