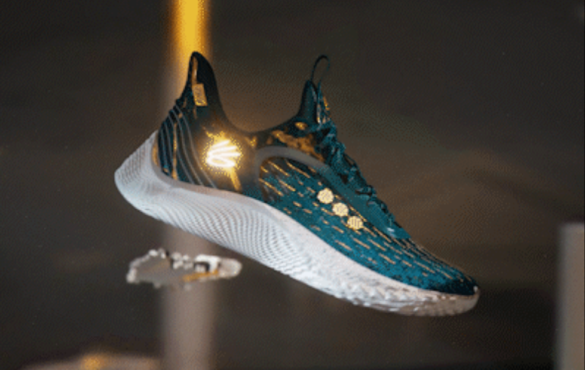 Under Armour is honoring Stephen Curry’s record-breaking career as a brand ambassador with a set of NFTs that can be utilized across multiple metaverse platforms.

Sticker collections are already part of our history, as in the soccer World Cup albums, but now they are migrating to the digital world.

Stephen Curry’s first NFT “2974” collection features 2,974 unique stickers, all already sold, where each one represents a specific 3-point basket made by the player. As expected, each of these baskets has different values since they represent historical moments. An example would be his first 3-point basket, which was offered at $2800.

There is also the basket number 1,479, which is currently bidding $4,000, with which Curry broke the NBA record of 12 three-pointers in a single game, and, of course, the number 2,974, which makes him the NBA’s all-time leading three-point shooter, which is already bidding $1 million.

Sneakers in the Metaverse

The tokens feature the popular Generation Genesis Curry Flow basketball sneakers sported by all-time Golden State Warriors playmaker as he made his way into the league’s history.

A total of 2,974 copies of this virtual sneaker exist and they are based on Curry’s record-breaking three-point shooting record, making them one of the most successful shoes in the sport’s history and one of the few in the world.

In addition to the above collection, Curry has also put up for sale 2,974 NFTs of virtual sneakers that can be used in different metaverses such as Decentraland, Gala, and The Sandbox.

The price of these virtual sneakers was $333 each, and they were sold out in a few moments, showing the current market demand. Another positive point of this action is that, according to the site itself, 100% of the profits from sales will go to organizations that support access to sports.

Finally, it is worth remembering that Stephen Curry has a dominant passion for cryptocurrencies. The NBA star owns shares in the FTX exchange and also boasts an NFT Bored Ape, bought for $180,000, in his profile picture on Twitter.