In partnership with Beeple, Madonna launches her own NFT project, "Mother of Creation," which includes three NFTs. 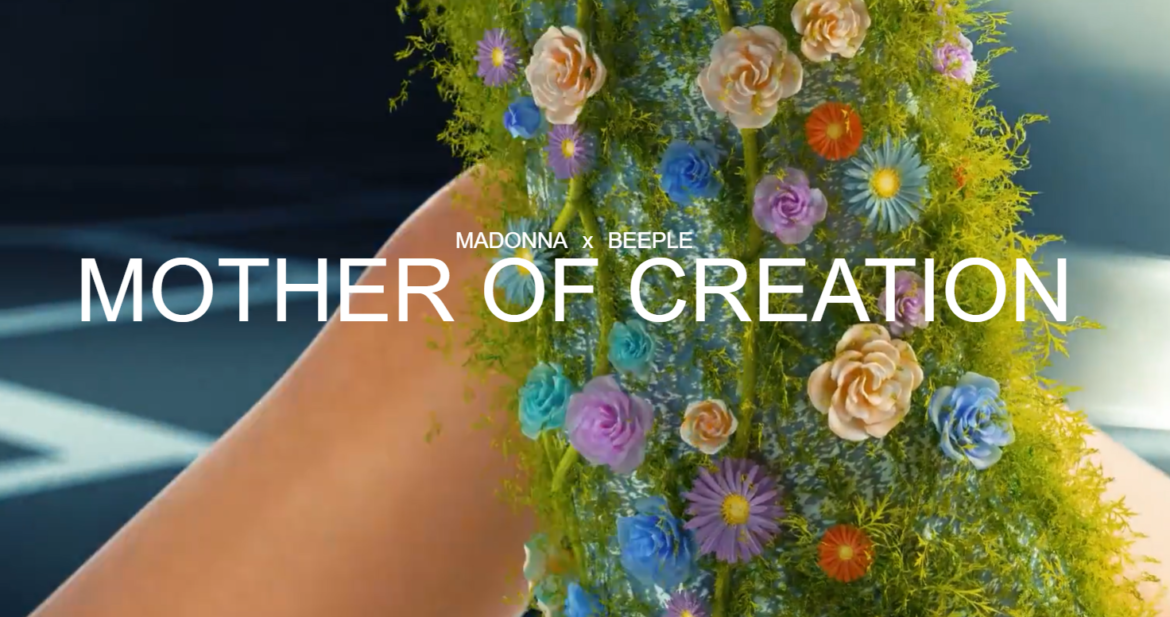 American singer-songwriter and actress Madonna has taken another step into the realm of non-fungible tokens (NFTs). After purchasing a Bored Ape Yacht Club NFT for $560,000, the singer has now announced a collaboration with the digital artist Mike Winkelmann, known as Beeple, to launch her own NFT project.

The “Mother of Creation“ NFT project consists of three digital collectibles that highlight and depict the concept of creation and motherhood, with each reflecting a distinct type of birth in our modern society.

Mother of Nature NFT is the first in the series: in a frigid laboratory setting with no trace of life, an opening gives birth to a branch that evolves into a full and vivid tree. It defies gravity and causes flowers to flourish. The tree may bend or even shatter, yet it continues to grow and reproduce.

The second NFT, Mother of Evolution, explores the metamorphosis journey of butterflies, which are one of nature’s most beautiful creatures and a symbol of hope. The butterflies represent the contradiction that, in a post-apocalyptic landscape, the planet is burning down but there is still traces of life.

The third artwork, Mother of Technology, is set in a lovely woodland and depicts how science may also give birth to light into the world, but only if employed with the proper conscience. The centipede symbolizes technology – both its life-giving power and its hazards, the contrast of dark and light. “Technology continues to evolve in the physical, natural, and real world; we can do whatever we want, but there are consequences to that. Nature will ultimately win in the end.”

“When Mike and I decided to collaborate on this project a year ago, I was excited to have the opportunity to share my vision of the world as a mother and an artist with Mike’s own unique point of view. It’s been an amazing journey building this together from an intellectual idea to an emotional story, giving birth to art. I wanted to investigate the concept of creation, not only the way a child enters the world through a woman’s vagina but also the way an artist gives birth to creativity. Most importantly we wanted to use this opportunity to benefit mothers and children who are most in need right now,” stated Madonna.

The NFTs will drop on SuperRare on Wednesday, May 11 at 3pm PST / 6pm EST.

Proceeds from the sale will benefit The Voices of Children Foundation, a nonprofit focused on supporting the women and children affected by the war in Ukraine, The City of Joy, a transformational leadership community for women survivors of severe violence, and Black Mama’s Bail Out, a charity campaign to bail out Black Mamas and caregivers from jails and migrant detention centers across the country every year before Mother’s Day.

Prada Is Ready to Launch its Timecapsule #31...