In buying a BAYC NFT for $560K, Madonna joins a growing list of celebrities who have entered the world of NFTs. 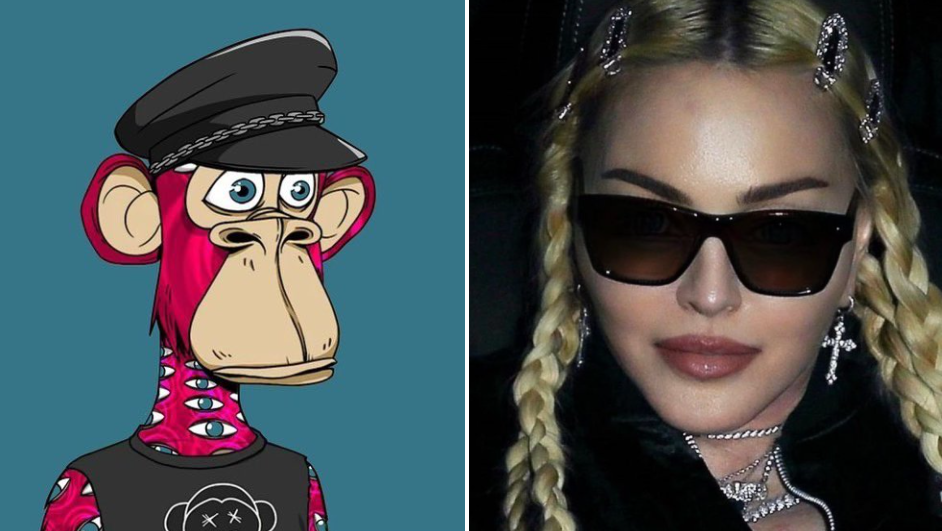 Madonna has joined the movement of non-fungible tokens (NFTs) with the purchase of a Bored Ape Yacht Club NFT.

The NFT in question is BAYC #4988, which shows a pink monkey wearing punk-style clothing, including a black hat with a chain and a black t-shirt.

According to OpenSea’s historical data, the NFT was bought for 180 ETH or approximately $560,000 at the time of purchase.

Madonna announced her entry into the metaverse on her official Twitter profile and thanked Moonpay, which provides a fast and simple method for purchasing and selling crypto, for facilitating it.

I finally entered the MetaVerse…,……….. My very own Ape! 🦧 Thanks @moonpay 🪄 We all need protection from Evil Eye. 🧿 pic.twitter.com/We5p9iy4hS

With her purchase of an NFT from Bored Ape Yacht Club, Madonna joins a growing list of celebrities who own NFTs, in particular, BAYC NFTs.

American rapper Gunna made headlines in December after buying a BAYC NFT for more than $300,000 and tattooing it on his leg.

This Week in NFT News: from DKNY Entering the Metaverse to Madonna Buying BAYC NFT