In memory of George Floyd, Terrence Floyd collaborates with Confront Art to release 9000 NFTs on mintNFT.com. Each NFT released calls for justice and pays tribute the hundreds of thousands of black people who have been killed in the United States by gun violence and police brutality. 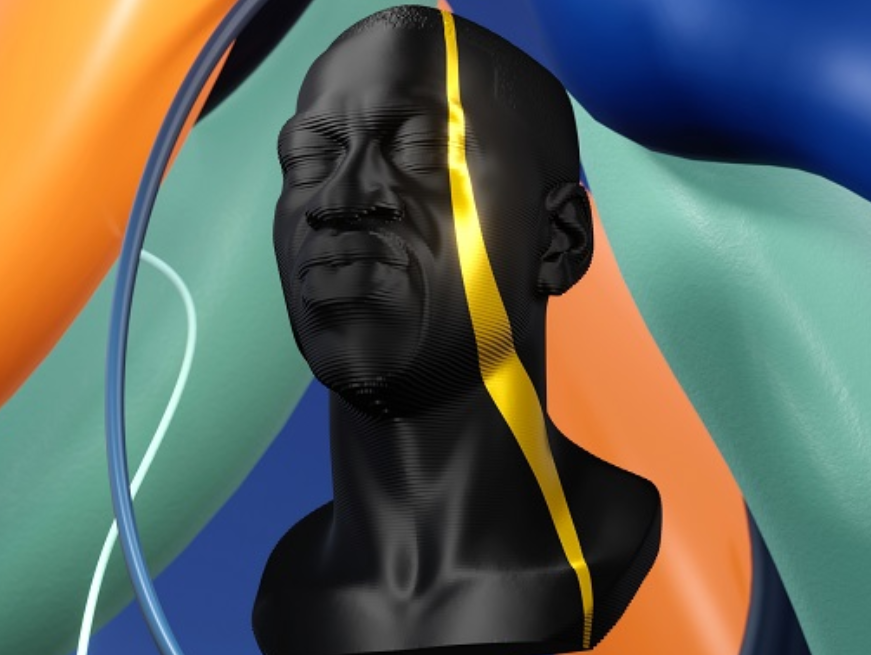 Terrence Floyd, George Floyd’s brother, is still battling for justice and police reform nearly two years after his brother was murdered under the knee of a police officer.

And, in his pursuit of justice for his brother’s death, Terrence has turned to the most unlikely of sources: non-fungible tokens (NFTs).

Terrence Floyd, creator of the charity We Are Floyd Org—an organization that creates programs to assist communities to deal with mental health issues, poverty, and social injustice— is collaborating with Confront Art to release 9,000 NFTs on mintNFT.com today, April 15, in honor of Justice Day, with the campaign launching on April 28th.

Each NFT released calls for justice and commemorates and recalls the lives of the countless black people who have died as a result of gun violence and police brutality in the United States.

Each NFT has a unique design, style, and format, including animated NFTs such as the “BLACK IS THE SPACE” NFT, which attempts to evoke sentiments of justice and love for mankind.

The charity initiative will collaborate with the families of late Rep. John Lewis, Breonna Taylor, and George Floyd, along with participation from Grammy Award-winning musician and former TV personality Dionne Warwick.

I am excited to announce the charity NFT project #SEEINJUSTICE with @ConfrontArt to support and raise funds for @wearefloyd_, the Breonna Taylor Foundation, and John Lewis Foundation. This will be available on @mintnftofficial on 4/15. Okay…goodnight 🥰