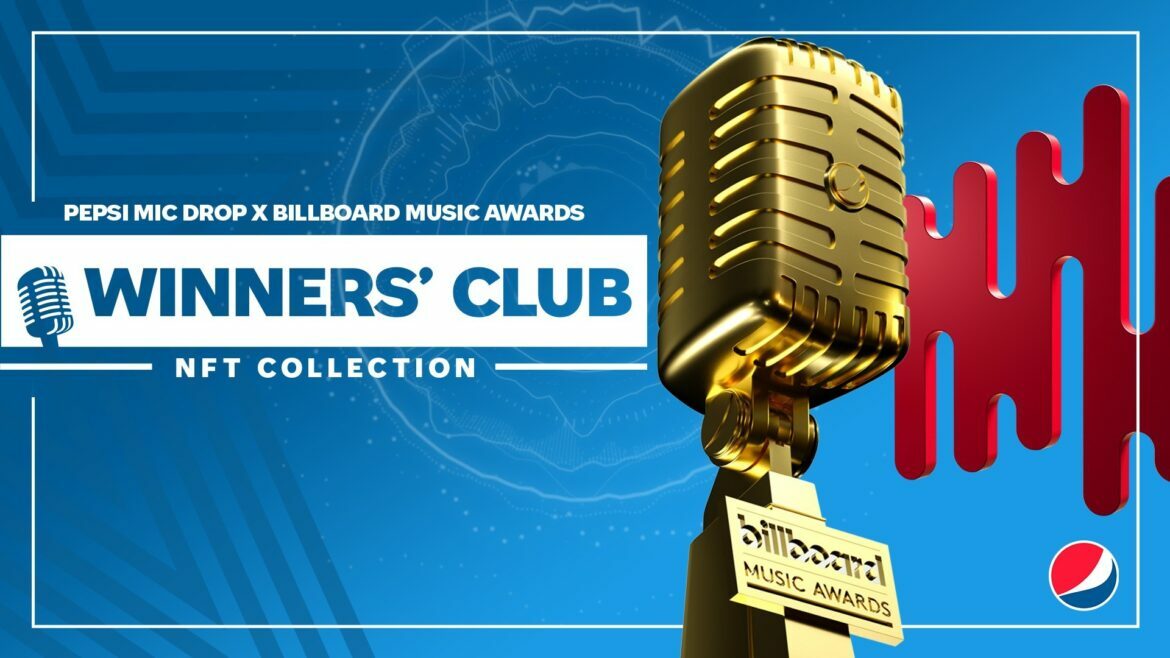 After unveiling a set of NFTs for attendees of its “Strength of a Woman Festival & Summit” last week, Pepsi today announced a new partnership centered around NFTs.

The collection, a limited-edition digital collectible collection created for the “2022 Billboard Music Awards” (BBMAs), gives fans the opportunity to claim NFTs in real-time as awards are announced throughout the show.

As a result, each prize will be announced live during the presentation, and a bespoke digital collectible will become accessible for free minting for only 20 minutes.

Fans can discover how to redeem the “Winners Club” NFT Collection by following Pepsi, Billboard, and the BBMAs on social media and visiting BillboardChartStars.com.

“Pepsi has a deep-rooted heritage in music, so our partnership with Billboard to create the Pepsi Mic Drop x Billboard Music Awards ‘Winners’ Club’ NFT Collection is a great reflection of our ongoing desire to connect with fans that share our unapologetic love of music,” said Todd Kaplan, Chief Marketing Officer, Pepsi. “This collection is built to be broadly accessible to music fans who want to capture a piece of history from this year’s 2022 Billboard Music Awards. It’s free to mint and easy to access through a never-been-done live minting experience and shows our commitment to the Pepsi Mic Drop platform and desire to create new experiences for music fans everywhere.

“For the first time, music fans will have the opportunity to be forever linked to their favorite artists, by sharing ownership of a moment in time tied to the 2022 Billboard Music Awards,” said Mike Van, EVP, Head of Global Brand Partnerships, Billboard. “We could not have planned a better time to launch ChartStars nor could we have asked for a better partner than Pepsi to celebrate exceptional artist achievements on the Billboard charts.”