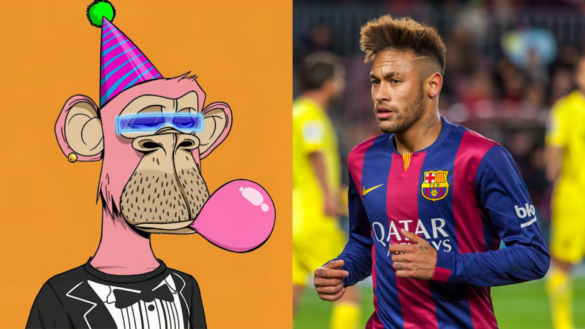 The OpenSea transaction history shows that Neymar Jr. paid 159.99 ETH for the Bored Ape 6633. Thus, he spent over $500K to acquire the BAYC NFT.

I am an ape! #community #art #BoredApeYC pic.twitter.com/iOe3E0H2t6

In addition to posting the announcement, the soccer star also replaced his Instagram and Twitter profile pictures with the BAYC artwork.

Fans and NFT enthusiasts were quick to react, reaching over 200,000 likes and 20,000 retweets on Twitter.

It shouldn’t be a surprise that Neymar is another big name entering the world of NFTs.
As well, rapper Gunna purchased a BAYC NFT for 300k and got it tattooed on his leg. Earlier this month, Eminem paid $452K for a Bored Ape Yacht Club NFT.