Nelson Mandela's original 1961 warrant of arrest will be auctioned as an NFT on Saturday. 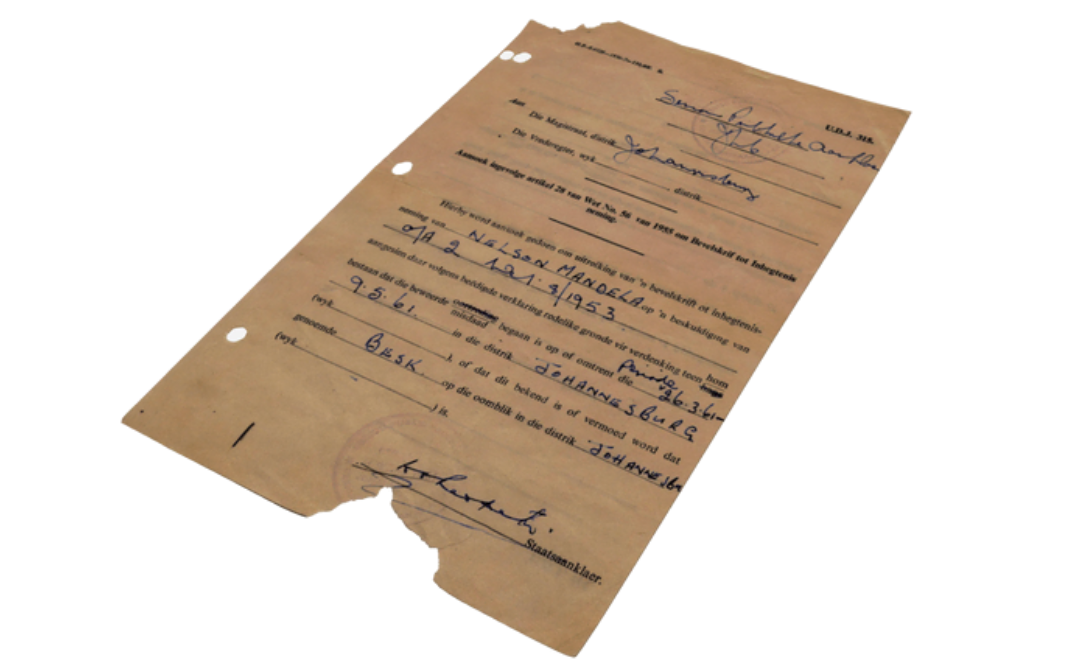 Nelson Mandela’s original 1961 warrant of arrest will be auctioned as a non-fungible token (NFT) on Saturday, 61 years after it was first issued.

Momint – an African-based company that operates a social marketplace for non-fungible tokens – has tokenized the document into an NFT. The document is being auctioned off to raise funds for the Liliesleaf Farm Museum.

According to Momint spokesperson Kabelo Kgobisa: “The warrant for treason is an exceptionally valuable NFT, and is the one of the first heritage NFTs to have been created in South Africa.”

According to him, the original document was handwritten on paper, so it is vulnerable to natural deterioration, but as an NFT, it will remain accessible forever.

The NFT will grant the owner the exclusive right to view the original, being held for safekeeping in a vault at Liliesleaf National Heritage Museum.

The auction, with an opening bid of $59,500, will take place at Grand Africa Café in Granger Bay on Saturday evening, along with an immersive festival featuring live music, art auctions, light shows, and holographic scenes.

A month ago, Bonhams, the world’s largest and oldest auction house, offered the My Robben Island NFT collection on the Nifty Gateway platform. The collection included five watercolors by Nelson Mandela after he stepped down as president in 1999, as well as The Motivation, a handwritten account of the harsh conditions inside the island prison.

Tokens.com and Metaverse Group Partner with Forever 21 for Metaverse Storefront