MetaWars aims to combine the Metaverse and GameFi by introducing PlanetFi into this billion-dollar industry. 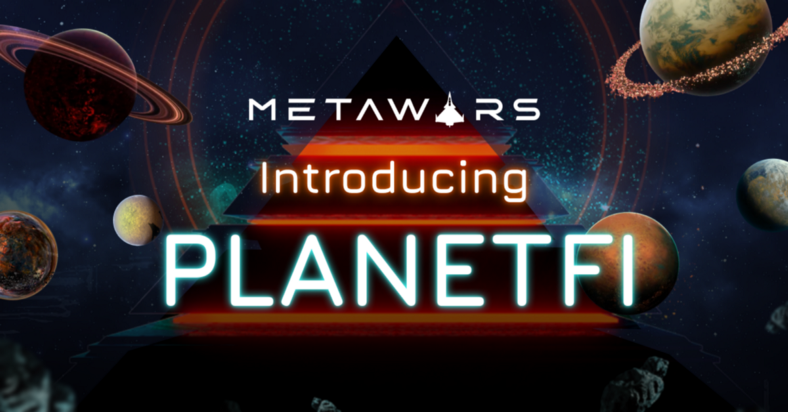 With MetaWars’ PlanetFi, gamers can now transfer their in-game NFT assets between game worlds and mine different tradable currencies and tokens from partnered games, adding a whole new dimension to the play-to-earn economy.

With the launch of this innovative project, MetaWars becomes the first gaming project ever to connect different metaverses together.

MetaWars is a play-to-earn next-generation blockchain-backed GameFi ecosystem. By staking, gamers can earn $WARS, NFTs, and the in-game token $GAM. These can be used to earn across the GameFi metaverse and in the future strategic game.

The MetaWars team is launching the NFT stake-to-earn mechanic in the Planet NFT Sale and is already hard at work on its highly anticipated launch project, MetaGods.

The project is the world’s first Play-To-Earn Action RPG built on blockchain technology.

In MetaGods, fast action, bullet hell, and MMO elements are combined with permadeath and legendary loot. It is expected to be the hottest blockchain game ever.

The game uses a dual token system. The platform’s two tokens are $MGOD and $RELIC.

$MGOD can be used to enter special events and serves as the project’s governance token.

As part of the MetaGods play-to-earn structure, $RELIC is an earnable in-game currency.

India Has No Plans to Recognise Bitcoin as a Currency, Says Country’s Finance Minister Nirmala Sitharaman