MC Sugar Ray, now known as Ray Rothchild, of the legendary 90’s rap group ‘Double X Posse’ will release the limited edition ‘Not Gon’ Be Able To Do It’ NFT Collection. 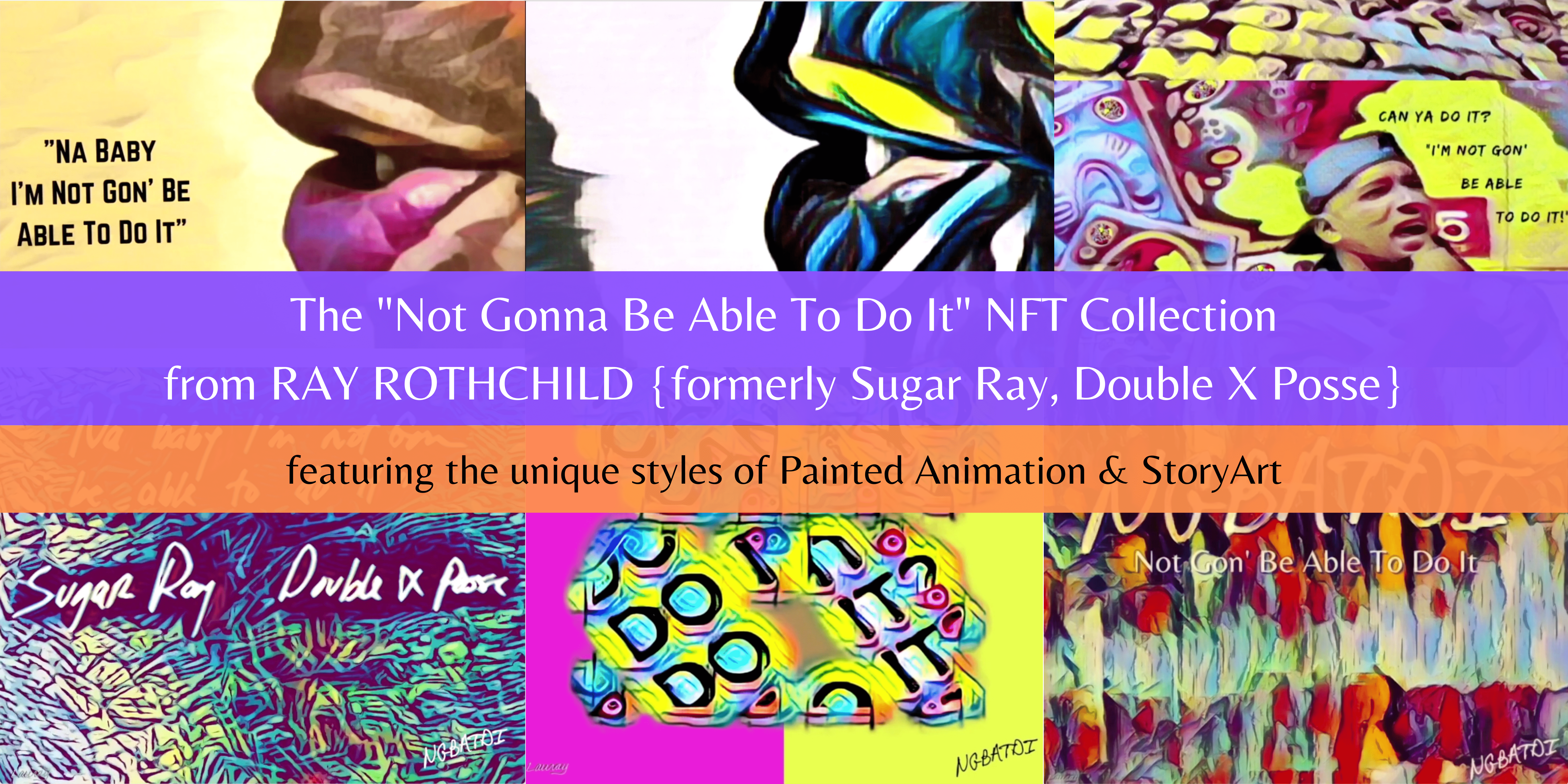 MC Sugar Ray, now known as Ray Rothchild, of the legendary 90’s rap group ‘Double X Posse’ will release the first ever, limited edition ‘Not Gon’ Be Able To Do It’ Painted Animation and Story Art NFT Collection.

The collection commissioned to Lovelight Sound Music features six pieces of artwork focused around the hit single “Not Gon’ Be Able To Do It”.

It was nearly impossible to be present during what’s referred to as the ‘golden era’ of hip hop without hearing someone quote the phrase “Na Baby! I’m Not Gon’ Be Able To Do It” in response to just about any question.

The smash hit single ‘Not Gon’ Be Able to Do it” written and performed by MC Sugar Ray of ‘Double X Posse’ achieved success in 1992 when it claimed the coveted number one spot on the Billboard Rap Chart. It became so iconic it was requested to be featured on an episode of “The Fresh Prince of Bel Air” and was the number rap video on BET, Vh1, and Yo MTV Raps.

‘Not Gon’ Be Able To Do It’ remains relevant as popular sportscaster Jalen Rose of the ‘Jalen & Jacoby’ Show on ESPN is widely known for using it as his catch phrase and the song was recently featured on “Wutang: An American Saga” in 2021.

‘Not Gon’ Be Able To Do It’ NFT Collection

#001 [Classic Quote]  – The first piece features a painted animation of MC Sugar Ray quoting his classic line “Na Baby, I’m Not Gon’ Be Able To Do It”. This piece is layered with uniqueness from the digital painted animation to the original artist’s voice.

#002 [Classic Quote X] – The second piece in this collection is a futuristic twist on the “Classic Quote”. A more in-depth colorful painting to portray all of humankind and beyond. This piece includes vocals from Sugar Ray and the unique voice that took the rap world by storm.

#003 [Iconic] – The third piece is a digital image inspired by the #1 Billboard Smash Hit, “Not Gon’ Be Able to Do it”. This image contains audio of Sugar Ray, the writer and creator of the iconic hip hop song.

#004 [12.19.1992] – The fourth piece is a rare and unique signature handwritten and narrated by Sugar Ray himself commemorating the day “Not Gon’ Be Able To Do It” hit #1 on the Billboard Rap Chart.

#005 [NGBATDI] – The fifth piece is a handwritten acronym by Sugar Ray representing “Not Gon’ Be Able To Do It” accompanied by a story capturing Sugar Ray’s experience of receiving a once in a lifetime call about claiming the number one spot on the Billboard Rap Chart.

Ray Rothchild (formerly Sugar Ray) says,“Honestly, I’m still in aw of the great success ‘Not Gon’ Be Able To Do It’ has had over the years and how well it has stood the test of time. It was such a dope thing to be a part of so many years ago and I’m thrilled to be releasing this NFT collection for all the fans of hip hop to commemorate such a memorable time in hip hop history.”

The collection is now available on OpenSea. Click Here to get exclusive updates on the collection.

Vera Exceeds $2M in NFT Rentals, Launches on Polygon and BSC at ETHDENVER2022