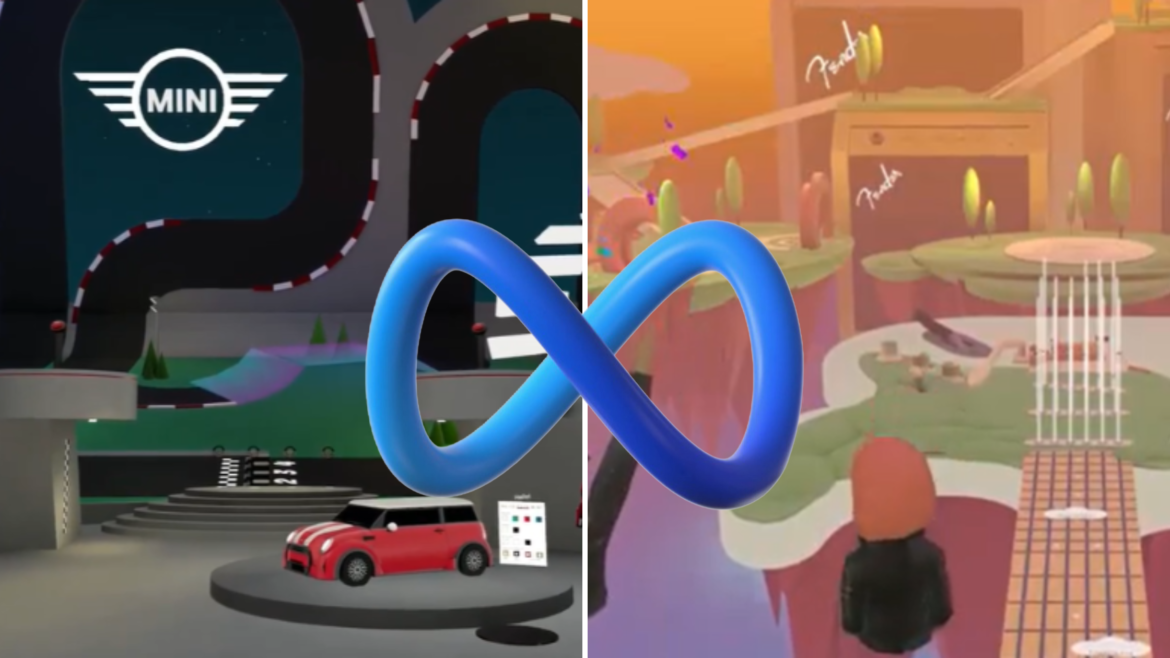 The Fender Stratoverse and the MINIVerse, two new Meta Horizon Worlds making their premiere at Cannes Lions and accessible to all users of the Meta Quest 2 Headset in the US, Canada, and the UK, respectively, have been revealed by Meta (previously Facebook).

Driving a MINI through a thrilling, gravity-defying course may be enjoyable for up to four drivers. Pressing buttons will cause vehicles to fly down a ramp, become stuck behind “whac-a-mole”-style pins, or even aid pals by giving them a boost in speed just in time. Spectators can get involved to help or cause havoc.

To the delight of fans of MINI, players may modify their virtual vehicle for the track and, as they win more races, get a unique EV MINI model. In their drive to top the scoreboard and battle friends, players can enjoy personalizing their MINI by altering its colors, adding bonnet stripes and a contrast roof, as well as testing on various racing costumes, and unlocking new MINI automobiles.

A floating island in the shape of a Stratocaster guitar, enormous Fender guitar amps, and planets are all part of the Fender Stratoverse Horizon Worlds, which also offers a unique co-play audio experience for creating fresh musical riffs.

The Fender Stratoverse is an extraordinary collaborative destination where visitors go on a virtual scavenger hunt, finding chords throughout the Stratoverse and combining them to make beautiful musical arrangements. It was created in collaboration with R/GA, Creative Shop, and Meta Horizon Worlds creators Ashley Briley, Matt Torres, and Sammy Nu of VRinReview.