Basketball Player LaMelo Ball is Headed to the Metaverse

LaMelo Ball has applied for three trademarks showing his intent to step into the metaverse. 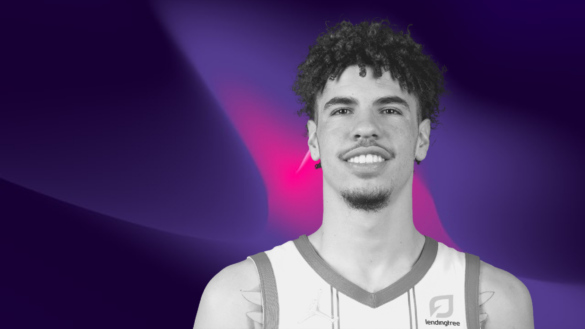 LaMelo Ball, a professional basketball player for the Charlotte Hornets of the National Basketball Association (NBA), has filed trademark applications for LAMELO BALL, 1 OF 1 and M.E.L.O., showing his intention to enter the metaverse.

Additionally, the trademark applications mention the availability of virtual and digital goods, such as avatars, beverages, watches, sports equipment, toys, and so much more, to be used in online and virtual worlds.

These will be stored in digital wallets and authenticated by non-fungible tokens (NFTs).

Trademark attorney Josh Bergen reported the news in a tweet headlined “LaMelo Ball is headed to the metaverse.”

LaMelo Ball is headed to the metaverse.

Just days before the All-Star Game, @MELOD1P filed trademark applications for LAMELO BALL, 1 OF 1 and M.E.L.O.

The filings indicate that Ball intends to offer:

NBA associations and players are becoming increasingly involved in the NFT and the metaverse. Earlier this month, the NBA released its “NBA All-Star” NFT collection to commemorate the League’s 75th anniversary, while a few days ago, NBA introduced “Coach Nat,” a virtual coach that knows the fundamental rules and moves of basketball.

At the end of December, Stephen Curry released 2,974 NFTs in honor of his NBA record-breaking three-pointers, and Michael Jordan and his son Jeffrey Jordan announced the launch of HEIR, an NFT platform for athletes.

L’oréal Is Set To Enter The Metaverse With Virtual Cosmetics